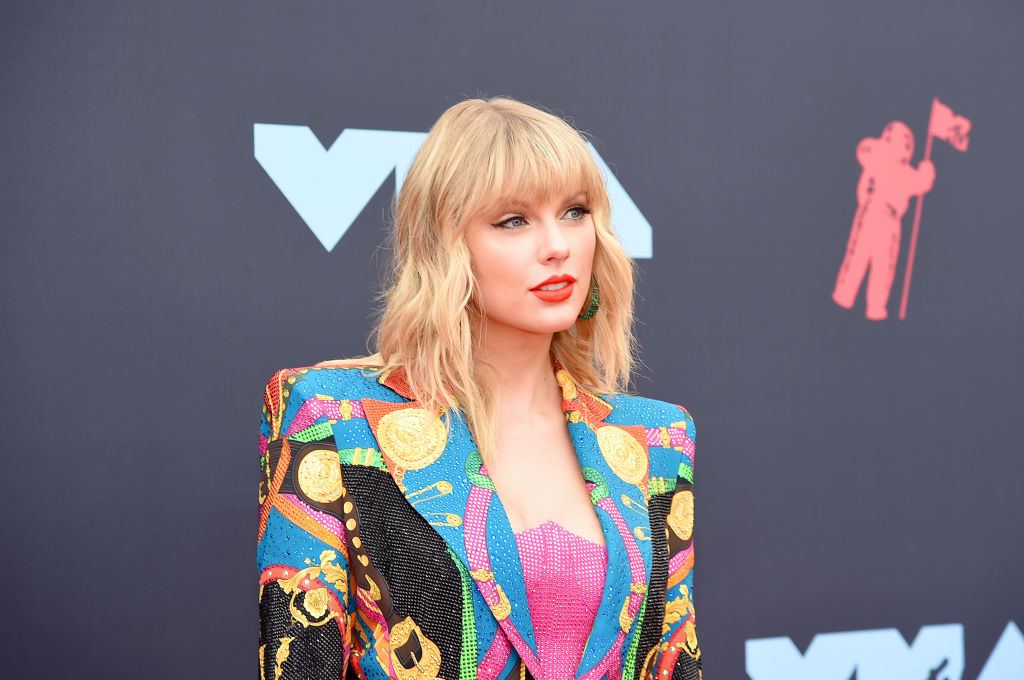 The song is part of HAIM's expanded edition of their Grammy-nominated album, "Women in Music Pt. III," which was initially released in June 2020.

In an Instagram post, Haim said the new edition now includes a remix of their song with Swift and a remix of "3AM" featuring Thundercat.

However, this wasn't the first time all four musicians collaborated on a song.

For Swift's latest album, "Evermore," she, Este Haim, Danielle Haim and Alana Haim teamed up for her song "no body, no crime," a country murder ballad.

HAIM is currently nominated in two categories for the 2021 Grammy Awards. This includes Album of the Year for their "Women in Music Pt. III" album and Rock Performance for "The Steps."

In 2014, Taylor Swift followed all three Haim sisters after answering a Swift-related question in one of their interviews, asking who the "Folklore" hitmaker should be dating next.

HAIM answered, "' Come out with us, and we will party. We will be together as girls and be merry, and we don't need guys.'"

Since then, they have been tweeting about each of their songs, like in October 2014 when the band revealed they were listening to "This Love," a song released by Swift the same year.

A few years later, they all met up and  had dinner. Later on, HAIM became part of Taylor's girl squad, which previously included Selena Gomez, Gigi Hadid, Cara Delevingne, Lorde and many more.

HAIM even opened for Taylor's North American leg of the "1989 World Tour."

And, of course, they have each other's backs, including the time when the "Lover" singer was embroiled in a battle with Big Machine Records.

This was when Scott Borchetta and Scooter Braun didn't allow her to perform some of her old songs from the former record label.

Which is why Taylor Swift has left go most of her first six albums and is planning to re-record all of them.

The song "Love Story," which was included in her "Fearless" album, is already released early this month and will be part of "Fearless (Taylor's Version)" with six other songs she wrote around that era. She was 18 years old at the time.

Though the 31-year-old didn't officially give a release date for the album, she hinted in a Twitter post, "April Ninth," which many fans are already looking forward to.