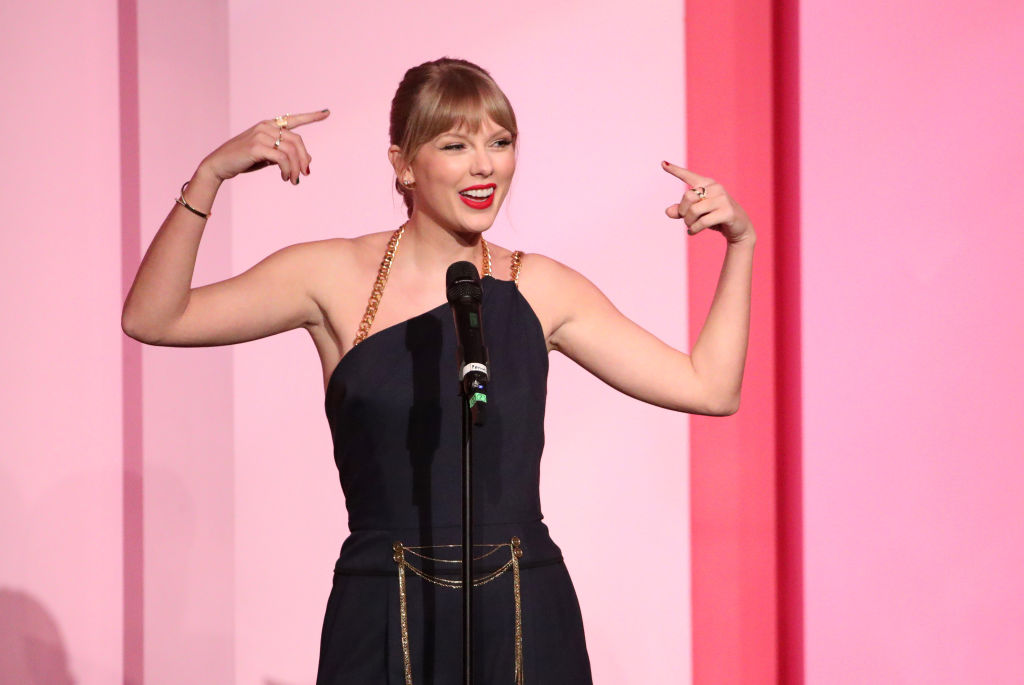 Miami Heat swingman Jimmy Butler is one massive Taylor Swift fan. Basketball fans have known this for years now, with the NBA star even seen singing and dancing to her songs in the locker room.

Though some of his teammates don't think it's appropriate to enjoy a bop or two of the "Folklore" hitmaker, it doesn't matter for Butler. He'll always have Swift's songs on his playlist.

On Tuesday, Butler made an appearance on the NBA on TNT where the crew showed him a 2014 clip of Jimmy in the locker room.

In the video, he was getting dressed--probably after a game. He then started busting up some moves as he danced to Swift's hit song, "22."

As it continued to play, Butler told the TNT crew: "Y'all need to stay off my Instagram or wherever you got this from."

Sure enough, he suppressed a smile and shook his head as Dwyane Wade and Shaquille O'Neal gave him a hard time for his moves.

Wade gave him 9/10 for his dance moves, similar to the grade he has given Aaron Gordon's final dunk in the dunk contest in 2020.

But a few days later, it seems like Taylor Swift has stumbled upon the video because she responded and rated Jimmy Butler's dance.

On Friday, the Grammy-winning singer gave Butler 13 out of 10 for his dance moves.

Butler hasn't responded yet to the "Evermore" hitmaker's ratings.

In 2015, Butler was the Chicago Bulls leader as he took up the flag when Derrick Rose was constantly absent.

And because Butler was the leader, it came with perks.

One of those perks was blasting massive amounts of country music and, of course, Taylor Swift songs when he was given the control of the music for their warm ups.

He told ProBasketballTalk back then, "I get my playlist in warmups sometimes."

"My teammates don't like it very much because it's country music, but they get over it."

Butler admitted during that time, "I like Taylor Swift. I like music a whole, but her music is kinda catchy."

Additionally, he revealed that he listens to people's songs that he has gained a relationship with over the years, including Jason Aldean, Ludacris and many more.

"I try to support them just like they support me," he said.