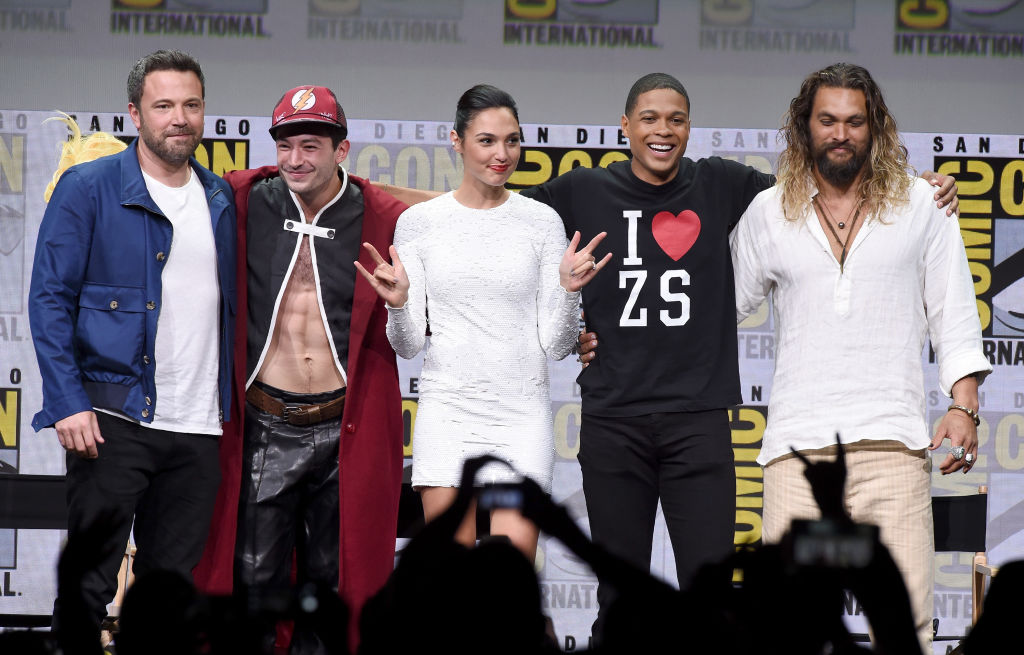 Recently, the director brought the spotlight onto The Flash/Barry Allen. With all these available videos so far, they already give fans exciting glimpses of what they should expect on the upcoming series.

The Flash a.k.a Barry Allen

The update included a black and white photo of the superhero, followed by two short clips about the character.

In the latest trailer, Barry rescues Iris West (Kiersey Clemons) from a car crash. Batman (Ben Affleck) also appears at one point, telling him to run faster than ever before to reach his full potential as a hero.

He also accidentally shreds his sneakers every time he uses his super-speed abilities.

Like The Flash, Aquaman also received his official poster and trailers.

The Aquaman-focused trailer starts with the character saying, "You can't turn your back on the world forever, above or below."

The clip also has footage from "Aquaman" when he reclaimed the Trident of Neptune - the same one Vulko asks him to reclaim in the new narration.

It is worth noting that he calls it a "quindent" this time.

After his death, he was resurrected again to don his black suit perfectly. The Man of Steel debuts his new look after wandering through his wardrobe closet.

Last year, Snyder explained during Comic-Con that he had been disapproving of the appearance of a Superman with a black suit for a very long time now.

However, with what the trailer unveiled, it seems like he finally gave his all for Warner Bros. for the last time.

Aside from Superman, Batman also got an upgrade.

This time, Snyder gave Batman his biggest gun yet. During one of the action scenes in the trailer, a giant gun/turret is visible in the background as he swings onto the tower against parademons.

Through the social network Vero, the director confirmed to the viewers that Batman will opt to use the aircraft size cannon to defeat a bunch of anti-heroes.