A few weeks ago, Carly Pearce was asked in an interview whether she is interested in dating anyone from the industry, to which the country singer-songwriter flatly answered "No, never, ever. Never again."

However, she clarified that there is an exception - Brett Eldredge. And the 34-year-old artist responds to the comment in an interview with RADIO.COM hosts Gunner and Cheyenne from Phoenix-based station KMLE - as well as updates on his life and work.

As for the sweet response that got both fans and news outlets talking, Brett coyly responds: "that's awesome, she's awesome, that's amazing," while laughing in delight. He added about how he has always respected Pearce as a colleague in the music industry, regaling Gunner and Cheyenne with the opportunity to meet the "29" artist. Eldredge recalls opening for Pearce and Blake Shelton on a tour they did together.

"She's a great person and a great singer," Brett Eldredge concludes the inquiry.

Furthermore, Brett also caught up with the RADIO.COM hosts with his latest projects, starting with his latest single "Good Day," which he has supposedly updated to be more accurate for the year 2021 by adding new takes to the song.

"I just kind of freshened it up a little bit, for a new year, for a new look," Eldredge told the hosts. "I wanted to get a new outlook out there with this song." Brett also explains that the song is about "putting your best foot forward" and choosing to have a good day instead of focusing on the negative events that surround us every day.

Born Brett Ryan Eldredge on March 23, 1986, he first made his debut with the single "Raymond," released on September 27, 2010. It managed to debut at the 52nd spot of the Billboard Hot Country Songs, peaking at number 23. He followed it up with "It Ain't Gotta Be Love" on June 2011. While it managed to reach the 46th spot on the US country charts, this single was never included in any of his studio albums.

Owing to his increasing popularity, the third Brett Eldredge single, "Don't Ya," went on to break through the Top 20 of the Billboard Hot Country Songs chart, even charting at the all-genre Billboard Hot 100. It was included in his debut studio album "Bring You Back," released in August 2013. A critical and commercial success, his first album contains three of his five chart-toppers on the Billboard Country Airplay chart to date: "Don't Ya," "Beat of the Music," and "Mean to Me."

Prior to his solo debut, he has co-written as ingle for country artist Gary Allan, "I Think I've Had Enough," which appeared on Allan's eighth album "Get Off on the Pain."

Listen to the Locals Edit of his "Good Day" below: 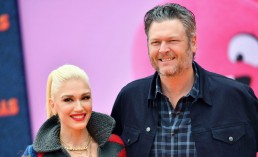