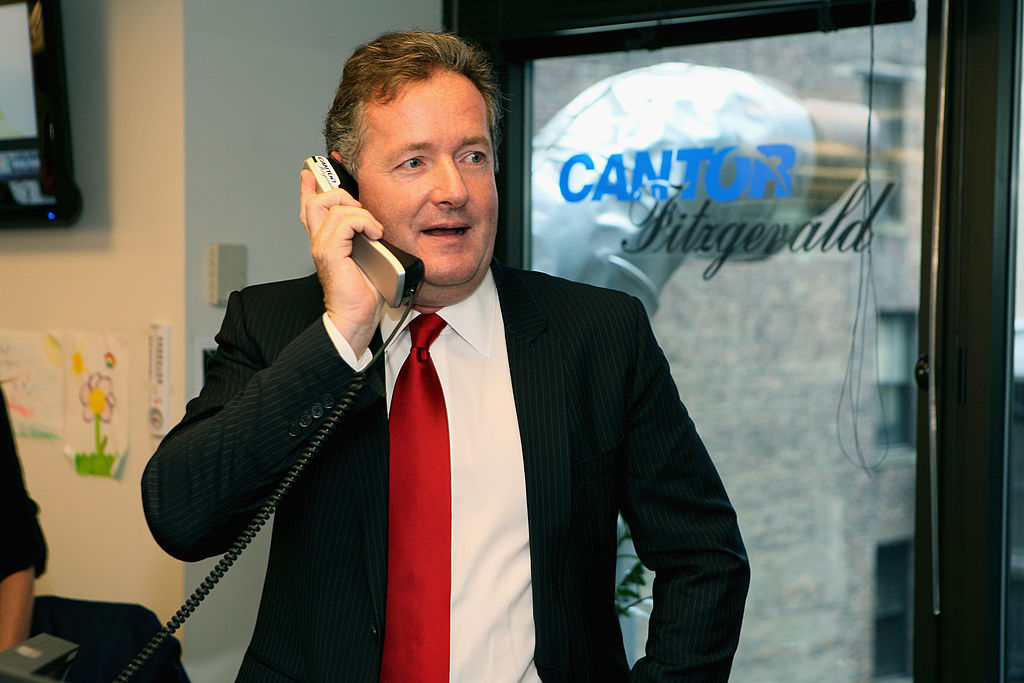 A few days after he officially left "Good Morning Britain," Morgan shared his side and explained what truly happened before and after his exit.

In his article for Daily Mail, the former presenter detailed the amount of backlash he received after commenting on Meghan Markle and Prince Harry's tell-all interview with Oprah Winfrey.

Unfortunately, the criticisms also reached his friend, Sharon Osbourne, who recently left her talk show "The Talk," as well. He also tackled how his TV network handled the events after that certain episode.

"ITV asked me to clarify what I meant on [March 9's show], which I'm happy to do as it's been deliberately misconstrued to suggest I don't think victims of mental illness should be believed. I was told I didn't need to apologize," he wrote.

While he decided his own exit, Morgan revealed the real reason why the episode became an extremely big deal.

Per the former GMB broadcaster, the "unregulated" social media gave so much reaction around the topic. He went on to claim that the behavior of internet users eventually became nasty enough.

After having a crisis talk with the director of television Kevin Lygo. Morgan revealed that he was asked to either apologize or leave the show - and he chose the latter after refusing to say he's sorry.

"And in a free, democratic society, I should be allowed not to believe someone, and to say that I don't believe them. That, surely, is the very essence of freedom of speech?" he defended himself.

Did Piers Morgan Regret Walking Out of the Show Amid Alex Beresford Debate?

In the same article, he doubled down on the heated exchange he had with Alex Beresford.

Morgan detailed how he could have just accepted the words from Beresford if he was not part of his team. Unfortunately, Beresford was part of GMB and a frequent seeker for Morgan's advice whenever he needed it.

Rather than hitting his co-presenter back, Morgan decided to storm out of the studio to calm himself down.

After leaving the frame, Beresford called him someone with "absolutely diabolical behavior" which added more fuel to the fire. Still, Morgan admitted that he did not hear the comment afterward.

Despite that, he realized that he should not have done it but at the same time, it became the "less worse" option he could do.