On the Academy Awards red carpet in Los Angeles on Sunday, Sorkin, 59, was joined by Porizkova, 56. In a gold cowl-neck gown with a form-fitting ruched bodice, the supermodel cuddled up to the writer-director, while Sorkin wore a classic black suit and bow tie.

Porizkova was previously married for 28 years to the late singer Ric Ocasek, before the couple declared their divorce in 2018. Porizkova shared two sons with Ocasek, who died in September 2019 at the age of 75 and left her out of his will. 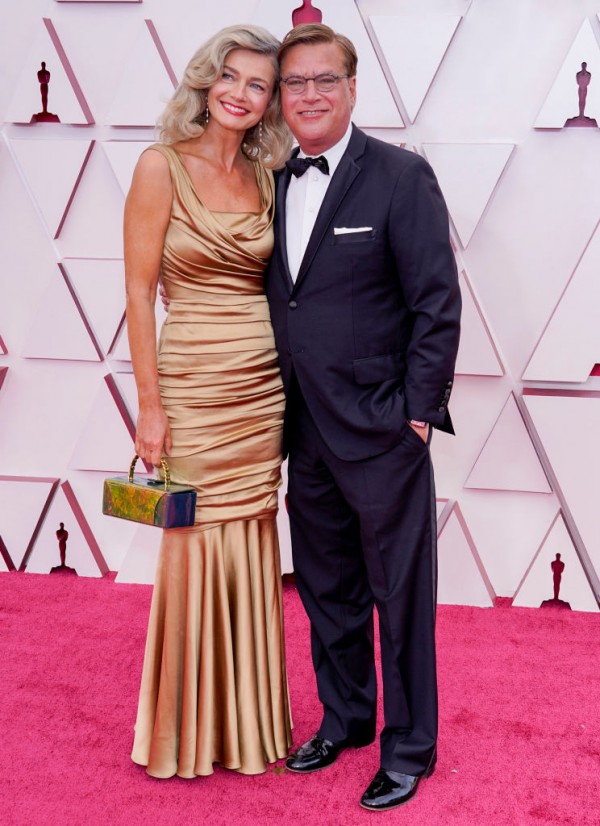 Porizkova has a net worth of $10 million and is a Czech-American model and actress. Unfortunately, it was announced after the death of her longtime partner, Ric Ocasek, in 2019 that Paulina had been left out of the musician's will. Since she had too little liquid assets after Ric's death, she was reportedly forced to borrow money from relatives.

Porizkova, Paulina Paulina signed a deal with Estée Lauder in 1988 that paid her $6 million per year from 1988 to 1995. She made a total of $42 million before taxes from that one deal. Since correcting for inflation, this will be equivalent to about $80 million in today's dollars.