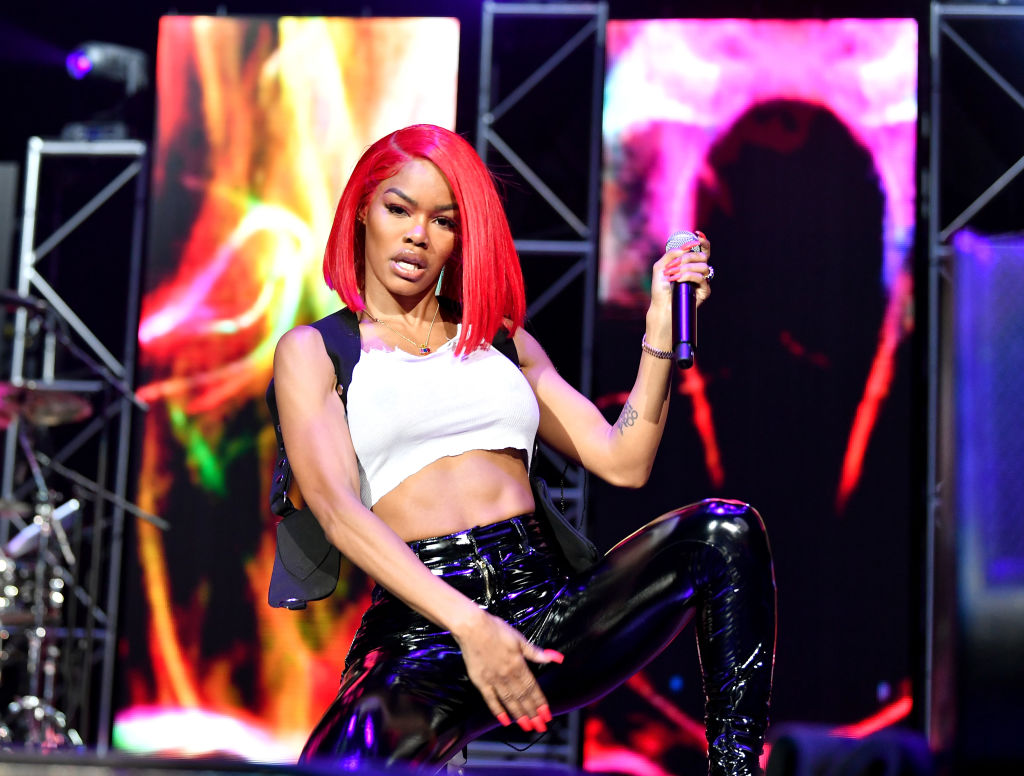 Teyana Taylor had dropped a huge bombshell about Kanye West.

She and the Grammy-winning singer worked together on his album "My Beautiful Dark Twisted Fantasy" and was a sign to his record label, G.O.O.D Music.

Taylor released her third album last June titled "The Album," but she shocked the music fans after announcing that she was retiring from music in 2020.

The 30-year-old didn't explain it then, until now, where she Cam Newton on his web series "Sip n' Smoke" a part of the reason why she left the music industry.

Speaking to Newton on Thursday, Teyana Taylor revealed it was because she felt let down by Kanye West's record label.

She explained that she was feeling "underappreciated" after giving 110% of her effort, but G.O.O.D. Music is only putting in 10%.

The "Lose Each Other" singer said, "I put in a lot of work [and] I felt like the label wasn't hearing me and [seeing] me. I feel underappreciated. It's not that I retired permanently, it's more like, I don't want to move another inch for a company."

She also explained that one of her priorities is being a mom, a wife, and a woman.

Taylor discussed how she concluded, saying, "I put in a lot of work. I work very, very hard. So, if you feel unheard and unseen-like how I said earlier with my husband. He sees me, he hears me. I take that shit seriously."

"So if you're my husband, or I'm signed, everybody that I'm aligned with should see me. They should hear me. They should feel me. If you don't see me, hear me, or feel me, it's a dub for you."

READ ALSO: Ronnie Ortiz-Magro's Girlfriend Saffire Matos Is The Reason Why He Was Arrested [UPDATE]

The singer-turned-actress had been bumping heads with G.O.O.D. Music for what seemed like the rest of her music career.

During her 2018 project "K.T.S.E," it got derailed because of sample clearance issues, missing verses, and all other problems that when it was released, Teyana Taylor didn't even recognize her album.

In 2019, she told Entertainment Weekly how she truly felt about it. "It's not about liking it. It's about the fact that it was not long enough, verses were taken out, a lot of stuff I didn't know happened with my album until I heard the album like everybody else."

When Teyana Taylor retired from music, she also aired a part of her grievance about her record label in her post.

"I ain't gone front feeling super underappreciated as an artist, receiving little to no real push from the 'machine,' constantly getting the shorter end of the stick, being overlooked, I mean the list on and on."