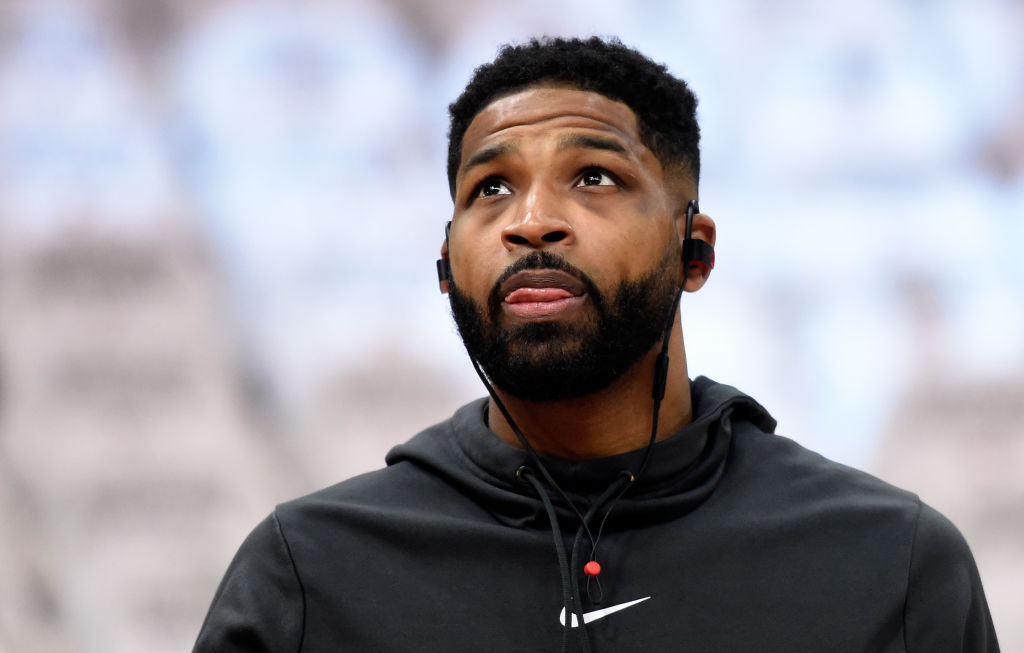 Something good comes out of being Tristan Thompson's fling.

Though the Boston Celtics player has denied the claims, Sydney Chase is becoming a sought-after celebrity.

According to Page Six, Chase has been hired to host this Friday night event at Larry Flynt's Hustler Club in Las Vegas.

Their insider revealed she will take the stage for an introduction and even offer patrons to meet her.

Tickets for the night's events are being sold at $35.

Instagram model Sydney Chase made headlines after claiming that she hooked up with Tristan Thompson shortly after he got back together with Khloe Kardashian.

Speaking on the "No Jumper" podcast, the 23-year-old revealed that in January, Thompson told her that he wasn't in a relationship anymore.

Chase alleged, "We talked, we hung out multiple times, we went out together, everything." She even detailed Thompson's "uncut" manhood, even revealed that "it was good."

Chase also claimed that she flat-out asked Thompson, who got back together in a relationship with the KUWTK star last summer, "Are you single?" to which he responded, "Yes."

"It happened, and then I found out he was not single. And I cut him off."

But after Sydney Chase's claims, Tristan Thompson sent a cease-and-desist from his attorney.

However, at the time news broke out that there was a letter, Chase told Page Six that she "didn't receive anything," adding, "because I'm telling the truth."

She also doubled down on her Instagram Story and wrote, "I have not received a cease & desist from anyone. The articles are giving false information."

"Let this be a lesson to not let anyone no matter the money or fame they have, shut you down or tarnish your name."

In another strongly-worded letter acquired by Page Six, the letter, which was sent out by Thompson's attorney Marty Singer called Chase "a liar."

"Your claim that you had a relationship with Mr. Thompson is pure fiction."

"The purported texts you claim exist are equally fictitious, and they put words in my client's mouth that he never said that is contrary to his thoughts and feelings. This is defamatory."

But today, Chase confirmed she got the letter and concluded, "I will not be called a liar."

She is reportedly going to move forward with the truth.

When asked if she had any proof that they had an affair, Sydney Chase said, "Yes, I obviously do but this is now a legal matter that lawyers will handle."

This isn't the first time Tristan Thompson cheated on Khloe Kardashian with an Instagram model.

In 2018, the NBA star had a steamy night with a woman named Lani Blair just days before Kardashian was going to give birth to their daughter, True.

READ MORE: Shelly Wang: Bill and Melinda Gates' Divorce Caused By A Chinese Woman Who Worked For Them? -- Details