Just in time for the Halloween season, Netflix has dropped the trailer for their upcoming vampire flick Night Teeth. The film stars Jorge Lendeborg Jr. as Benny, a loser college student making extra cash as a limo driver who is assigned to pick up two beautiful women (Debby Ryan from Disney Channel's Jessie and Godfather of Harlem star Lucy Fry) out for a night of partying in Los Angeles. Driving from party to party, Benny begins to suspect the mysterious duo are up to something more nefarious when he discovers an underground world of vampires living among us.

Written by first -timer Brent Dillon and directed by Adam Randall, who made his directorial debut with I See You (2019) starring Helen Hunt, the film showcases the sleek L.A. nightlife with a funny undertone to lighten the mood amongst the fountains of blood splashed across the screen. The vampiric element hearkens back to the bloodsucking elites found in the Blade Franchise while the premise seems to pull from the Michael Mann's 2004 thriller Collateral with Jamie Foxx and Tom Cruise.

The trailer gives you just enough to whet your appetite with a tight soundtrack, sharp comedic beats, and enticing clips of what to expect without giving away too much. The film also co-stars a few recognizable faces with Heels star Alexander Ludwig, Alfie Allen of Game of Thrones, and Megan Fox rounding out the cast. 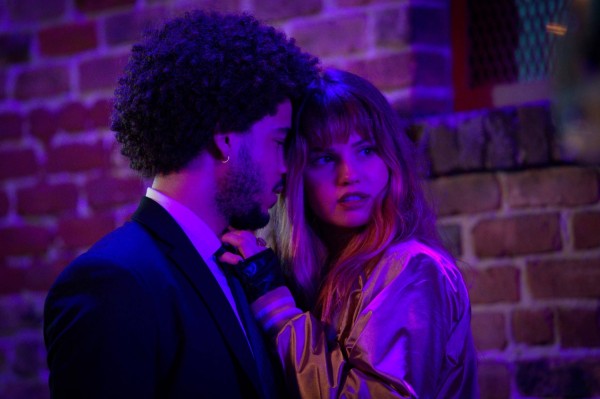 So, if you're tired of the same old horror fare this All Hallow's Eve and in need of a fresh scare, Netflix has something to sink your teeth into. Night Teeth will be available to stream on October 20th, 2021.

Tags: netflix Night Teeth Jorge Lendeborg Jr Trailer movie Megan Fox
© 2021 EnStars.com All rights reserved. Do not reproduce without permission.
Most Popular
You May Also Like

The eldest son Prince William stood up against the Netflix show "The Crown" producers after revealing plans of dramatizing Princess Diana's infamous interview with Martin Bashir.

Just as her lead had been passed by the score shattering Squid Game, Rhimes has a new show coming out, Inventing Anna, starring Ozark's Julia Garner.