No, it's not a throwback, our fave, Jesse McCartney, dropped his brand new album, New Stage, earlier this month and now he's sharing all the details!

During a Check In with Audacy's, Julia, the artist filled us in on the making of New Stage, an album which he has explained as "such a big part of who I am at this very moment," in a recent tweet.

Originally, McCartney was set to release New Stage in 2020, but due to the pandemic, he waited to release the album. The crooner explains that this extra time holding on to the album was both good and bad. While he was ready to release the project, he was also able to "tinker" with the production even further. 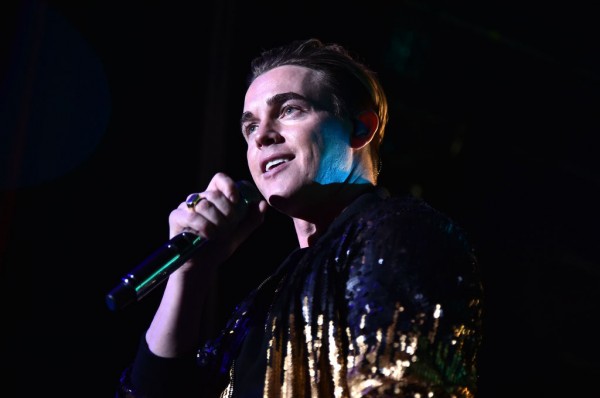 In an Instagram post announcing the record, Jesse wrote, "This album is such a big part of who I am at this very moment. It's a musical journey that follows what it was like to be a young kid growing up in the industry all the way into his twenties."

He added, "It also follows a hopeless romantic who finally finds himself in the relationship of his dreams. It has taken family, friends, and a whole lot of learning experiences to grow into the person I am today; someone who can look back, reflect, and feel the deepest sense of gratitude for the extremely fortunate life I have been given."

McCartney tells us that he is most proud of the "honesty factor" that comes with the new record. "I think it's just sort of a nice big reveal into my world and it sort of pulls back the curtain to what has transpired over the last 15-16 years in my life."

Additionally, the artist is candid about his relationship with his fiancée, Katie Peterson. He says that the new music is a reflection of how his soon-to-be wife has "affected my life in such a positive way."

The couple is actually set to tie the knot this October, and McCartney shares exciting details about the wedding as well!

Listen to more of your favorite music on Audacy's exclusive stations like Let's Get Social, K-Bops, Beach Beats, Collabornation, and so much more!

Tags: podcast new album wedding
© 2022 EnStars.com All rights reserved. Do not reproduce without permission.
Most Popular
You May Also Like

Welcome back to another episode of Podsauce! Fresh off the plane from the Audacy Beach Festival in Fort Lauderdale, Florida, Dax and Alesha had a great time interviewing celebrities about podcasts they love, podcasts they've been on, and podcasts they host.

Geena Davis is not being shy about the disadvantages of winning an Oscar as a woman in Hollywood: 'They wanted to make sure I knew my place.'

Watch our Audacy Check In with GAYLE

So guess what? You know that bratty break-up song "abcdefu" that pretty much everyone has been obsessed with all Fall/Winter? Of course you do, well do you know who sings it? If not - let us make the introduction. Her name is GAYLE and she checked in with Audacy to chat all about her angsty debut single and more.

As Brian Williams Exits MSNBC, His Narrated Podcast Soars To #1 In Category

“We Interrupt This Broadcast” is History Category Top Spot, and Lands in the Top 25 of all Apple Podcasts.

‘Bachelorette’ Alumni Mike Johnson and Dr. Bryan Abasolo of ‘Talking It Out’ List Out Their Dream Guests

On this episode of Podsauce, Dax and Alesha were delighted to have on Mike Johnson and Dr. Bryan Abasolo of "Talking It Out" to chat about life, love, and the ups and downs of it all. But first, we have some pod picks for you.