Oh No! 'Black Panther 2' Delayed AGAIN As Disney Reshuffles Phase Four Of The MCU. DETAILS INSIDE

In a dash to reschedule their lineup, The House of Mouse has decided to shift around the release dates of many of the big name Marvel titles due to come out in the coming year. The decision was made just previous to the premiere of The Eternals, which is due to hit theaters worldwide on November 5th.

The first film announced to have their release date changed is the much anticipated Black Panther: Wakonda Forever which was due out on July 8th, 2022 and has now been pushed back to November 11th of next year. Taking their spot in July will be Thor: Love And Thunder, which was to premiere March 25th, 2022 will now be May 6th, with Doctor Strange And The Multiverse Of Madness the March 25th date. 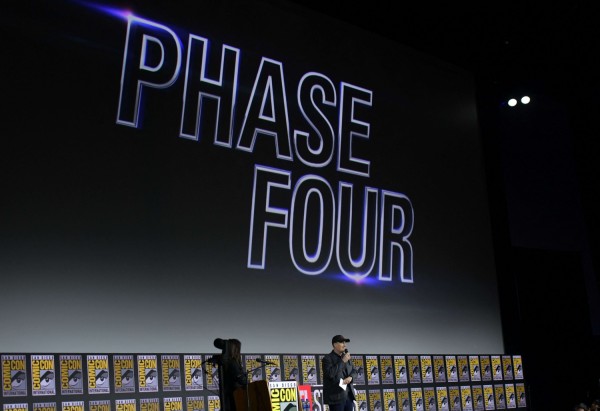 If that wasn't confusing enough, The Marvels is leaving their release date of July 8th (now held by Black Panther) and moving to the next year on February 17th, 2023, leaving Ant-Man And The Wasp: Quantumania to come out on July 28th, 2023.

The MCU isn't the only franchise that is going through a shuffle. The Indiana Jones Reboot, which was supposed to swing into theaters on July 29th, 2022, was pushed back almost a year to June 30th, 2023.

Supposedly, according to those at the studio, the new slate was due to several production issues as well as the film industry slowly adjusting while getting through the Covid Pandemic.

Regardless of the reasons, fans defiantly have a lot to look forward to in the upcoming year(s).

Tags: MCU Disney black panther 2 Thor 3 Movies
© 2021 EnStars.com All rights reserved. Do not reproduce without permission.
Most Popular
You May Also Like

Producer Amy Pascal has said in the past that she would never make Spider-Man movies without Tom Holland, but Holland has said he wants to move on before he's 30 - which throws Pascal's promise of another trilogy into question.

With The Loss Of Chadwick Boseman, VP Of Development For The MCU Somberly Reassures Fans T'Challa Will Be Protected

Nate Moore, The MCU's VP Of Development Talks About How Black Panther: Wakanda Forever Will Be Moving Forward Without Boseman.

The upcoming sequel of 'Black Panther' will shut down its production on the week of Thanksgiving following Letitia Wright's injury in September.

STARE DOWN! The Eternals can Protect the Planet, but Will They Fall Victim to the Ultimate Challenge: A Staring Contest with Angelina Jolie?

The cast of Eternals has officially been put to the ultimate test: a staring contest with Angelina Jolie.

Angelina Jolie's Hairstylist Gets Roasted Online Over THIS Big Mistake: 'Somebody Getting Fired'

Angelina Jolie's hairstylist is the center of attention online over the actress' uneven hair extensions during the premiere of 'The Eternals' at this year's Rome Film Festival.