Just Here To Remind You That Yes, These 8 Stars Were In 'Twilight' At Some Point

Between the acclaim Kristen Stewart is getting for Spencer and the buzz around Robert Pattinson's new trailer for The Batman, it seems that we've finally put enough distance between us and Twilight that we're ready to stop blaming one very weird film franchise on the actors who happened to be in it.

Over the years, an interesting thing began to happen with these movies: While Rpatz, Kstew, and of course, Taylor Lautner, seemed inescapably linked to Twilight no matter how much time passed, the other stars who were in it seemed to quickly drop out of focus.

Now that Stewart and Pattinson seem like they're doing fine again as well, it seems like it's safe to point out that Twilight actually came with a cast of amazing actors - how could it not have? It was one of the most popular series in the US when these movies were coming out. (I remember having a Twilight vs. Harry Potter themed dance when I was in middle school.) It wasn't any of the actors' fault that this very popular, very well-paying movie was...a little bit insane. (Do we all remember the talking wolves scene? How about CGI Renesmeme? "Hold on tight spider monkey?")

Seriously, for real: These eight actors were all in at least one Twilight movie. The list gets weirder as it goes, so stick with us here. 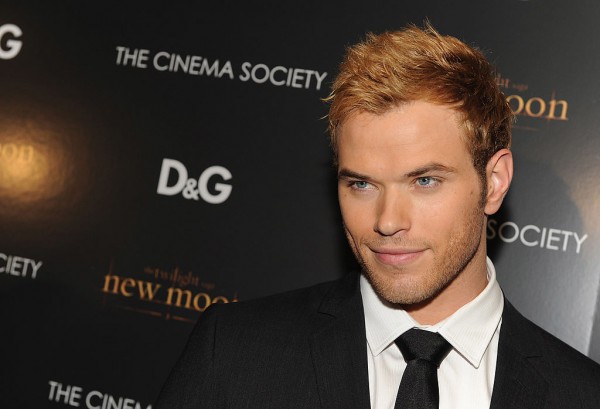 Okay, so it's admittedly hard to forget that Kellan Lutz is in Twilight while you're actually watching it, because he plays Emmett and he's in all of them, being huge.

Even still, it both feels like you can easily forget that THAT'S Kellan Lutz - the heartthrob actor and model that teens in the early 2000s went nuts over - especially because he's promptly dropped off the map since.Where'd you go, Kellan? You went from being in every TV show ever to being nowhere. 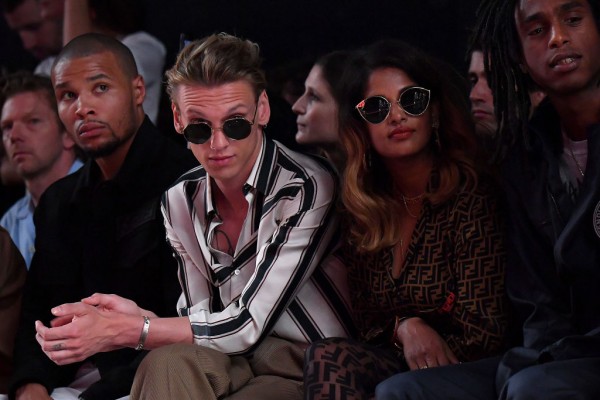 Jamie Campbell Bower is an eclectic actor who's been in a mix of stuff, from Tim Burton's Sweeney Todd, where he played an absolute sweetheart, to the Harry Potter franchise, where he played the young version of the mad evil wizard (and Dumbledore's ex, basically), Gellert Grindelwald. He also played Peter Ballard in Season 4 of Stranger Things - but in Twilight he's actually one of those three creepy Vampire kings, the Volturi. (He's the surly one who really, really wants to commit murders.) 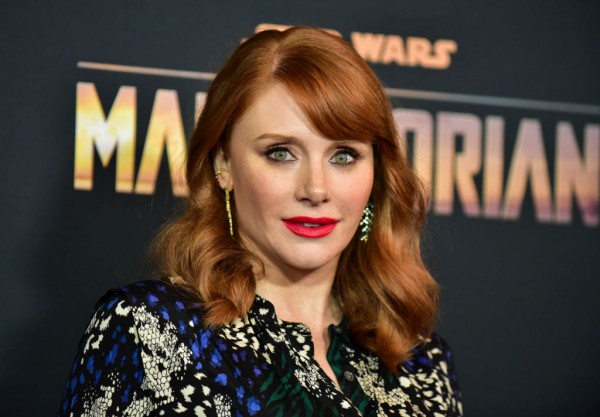 Yes, THAT Bryce Dallas Howard. The one from Jurassic World, The Help, Spider-Man 3...she's even directed a couple of episodes of The Mandalorian! Before that, though, yes, she was in Twilight.

You may remember her as Victoria, the redheaded vampire intent on killing Bella after the Cullens kill her psychopath boyfriend, James. She's actually in all three of the first movies, even though she has very little screen time in each considering the size of her role in the plot. 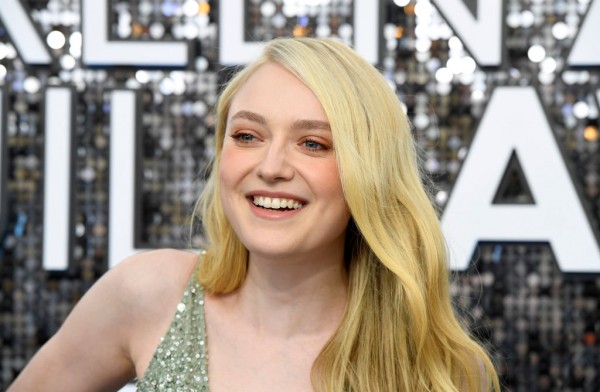 Remember when Dakota Fanning was THE adorable child actress? She was the little kid in Uptown Girls, The Cat In The Hat, War Of The Worlds, and many, many others - but when she was cast as the torture-loving Volturi vampire Jane in New Moon, she finally got to be something besides cute little girl, and everybody kind of freaked out. Now that we're used to her doing adult roles, though, it's easy to forget she was in the series. 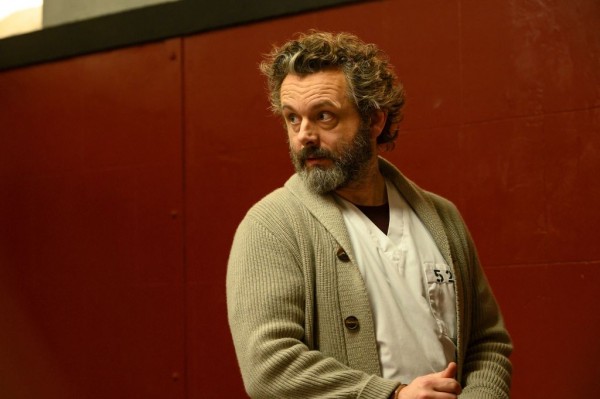 Michael Sheen is a monumental actor in the business, with a career spanning nearly three decades on stage and screen across the UK and the US. He's been famous in the US since his 1999 performance in Amadeus, and he was big across the pond well before then.

It's not strange that Sheen would accept a role in a series like Twilight - he played Aziraphale in Neil Gaiman's TV series Good Omens, which was in a similar genre. Even so, the character he played in Twilight is just so ridiculously strange that even when you see him as Aro, you can't believe that THAT'S acclaimed actor Michael Sheen. 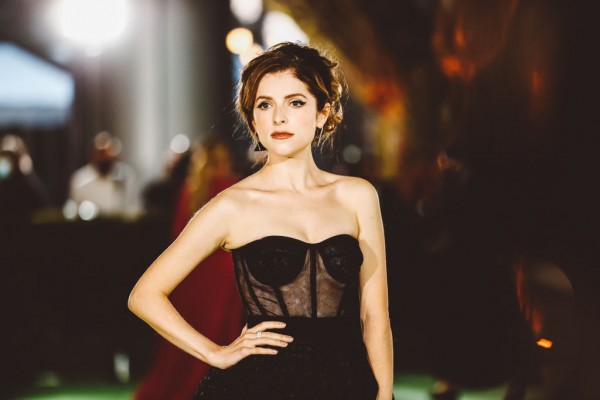 Holy shit. I just remembered I was in Twilight.

She was cast as Bella's friend (or really frenemy, but whatever) Jess before she ever made it big with Pitch Perfect, and then because Jess is in four of the five movies, she just kind of had to stick with it. It's hilarious, because suddenly in the middle of the saga there was just this giant star playing one of the most minor (and annoying) roles. 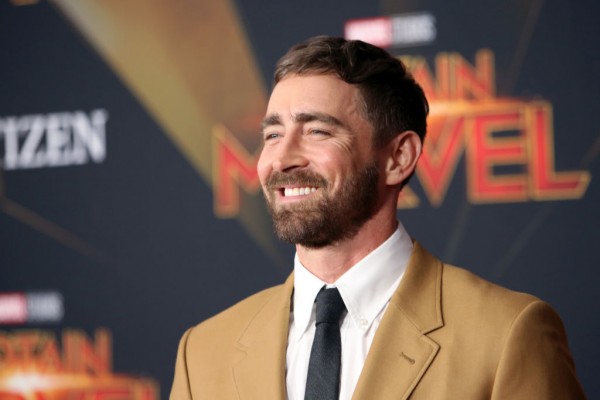 Thrandiul The Elven King from The Hobbit. Ned from Pushing Daisies. Ronan from Guardians of the Galaxy. Those are just a few of the many roles seasoned actor Lee Pace, Emmy Award Nominee, has played over the years. Oh, and also, this one random vampire in the very last Twilight movie who falls in love with one of the Cullens' cousins and talks about the Revolutionary War a lot. That's literally his whole story. 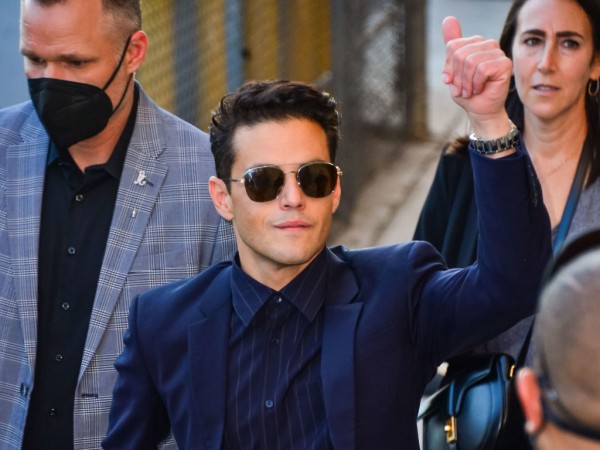 THIS MAN HAS AN OSCAR.

AND A SAG AWARD.

This is Freddie Mercury! Mr. Robot! And also, apparently, some random dude named Benjamin who only appears in the very last Twilight movie and basically has Avatar powers. (Airbender, not blue people.)

Ok, yes, fine, when he was cast he was really only known as the adorable King Akmenrah from Night at the Museum, but still. Every single time he appears on screen, my brain still goes "What to heck is RAMI EFFING MALEK doing in this movie, and why isn't he in more of it?!"

Kristen Stewart has recently confirmed that she is engaged to her girlfriend of two years, Dylan Meyer.

Our beloved Kristen Stewart has found her match in her girlfriend of two years, Dylan Meyer. Best wishes to the happy couple - I literally cannot wait to see those wedding photos.

8 Celebrities You Never Knew Were Bisexual (Or Pansexual, Or Omnisexual)

In a world of ever-increasing acceptance and discussion of LGBTQ+ labels, it has often felt like the 'B' in LGBT stands for Barely mentioned. We bet you didn't know that these eight celebrities are actually lovers of many genders.

'Spencer' has received rave reviews but not everyone is happy with the film's portrayal of Princess Diana's most vulnerable moments.

In the brief trailer, Stewart, 31, says only two words: 'They don't,' in response to Sally Hawkins' character, who has yet to be revealed, telling Diana:, " 'They know everything," when alluding to the press.