Welcome back to The Enstarz 8: your conversational pop-culture cheat sheet.  In the words of John Mulaney, The Enstarz 8 is here to answer the ever relevant question, "WHAT HAPPENED TODAY?!" Here are eight things you will be able to talk about at your Thirsty Thursday hang out sesh.

The trailer to the upcomming film Ambulance, starring Jake Gyllenhaal, Yahya Abdul-Mateen II, and Eiza González, has just been released. This new film for Universal Picutres, directed by Michael Bay, follows, in a very over simplified way, the story of a bank robbery gone horribly wrong. This action packed film is set to come out on February 18, 2022. We can't wait to check it out!

The trailer for the new film Uncharted has just been released. The film starrs the incredible Tom Holland and Mark Wahlberg. The movie is a Sony film adaptation of the PlayStation game, Uncharted. The movie serves as an origin story for the world of the game. This adventure filled movie is also set to premiere on February 18th, 2022. Double feature, anyone?

I guess it's just trailer day! The trailer for the new film Red Notice, featuring the star studded cast of Ryan Reynolds, Gal Gadot, and Dwayne "The Rock" Johnson, has just been released. This incredible spy-heist movie is sure to keep you on the edge of your seats. It is set to premiere in theaters on November 5th, but it will also be coming to Netflix on November 12th.

Mythic Quest, the Apple TV+ series starring Rob McElhenney, has already been renewed for two more seasons. The show is a workplace comedy about a video game design company. The renewal of the series was announced by McElhenney earlier today on his Twitter. We are excited to see him and the entire cast continue this amazing story for a few more years!

5.Field Guide to the Supernatural Universe


A Deadline exclusive revealed that the rights to the upcomming book Field Guide to the Supernatural Universe by Alyson Noël have been purchased by Charlie Matthau and Michael Zoumas.The story follows a boy who must use his supernatural powers to save his town from his nemesis. This inspiring story will be transformed by Matthau and Zoumas into an incredible on screen adventure. Noël also wrote the book Saving Zoe, which has also been turned into a movie. The trailer for that can be found above! 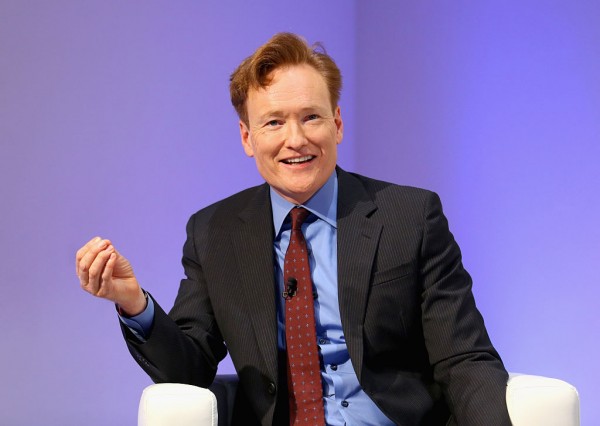 Season 3 of Conan O'Brien's podcast, Inside Conan, comes out tomorrow. A Deadline exclusive revealed that on the first episode of this season, Conan O'Brien will be his own first guest. His wife will be joining him to discuss the story of how they met (aw!). This podcast can be streamed on Apple Podcasts. You can be sure I will be listening tomorrow.

So, clearly I can't stop talking about Adele, but can you blame me? The incredible singer who is set to be dropping her new album 30 on November 19th just did an interview with Vogue. These 73 questions with Adele let us all know a little bit more about the star in a fun, light-hearted way. (And maybe this brings us all one step closer to being her best friend, who is to say?)

8. For the Love of Money

A Deadline exclusive revealed that the theatrical release date for the upcomming film For the Love of Money has officially been set. This crime-drama, starring Keri Hilson and Katt Williams will be premiering on November 24th. Entertainment Studios Motion Pictures will be releasing the film in over seven hundred theaters nationwide. For the Love of Money will be a hard one to miss. (Good thing we don't want to miss it!)

That is it for The Enstarz 8 for today. I will be back with even more pop-culture news to conversationally get you through the weekend. See you tomorrow!

An Australian mother was able to call for an ambulance while simultaneously administering CPR to her daughter, who had stopped breathing.