Mark Harmon Grumpy and a Diva on Set Before Leaving 'NCIS?'

Was Mark Harmon a diva on "NCIS" that led to his unexpected exit?

According to a report by Globe, Mark Harmon left the show because he couldn't handle the schedule anymore and was pulling everybody down with his grumpy attitude.

The outlet has labeled the 70-year-old as a "moody monster."

An insider revealed to the outlet that the daily grind of going to the set to film the hit action drama series for about 18 years was wearing him down.

"It turned him into a sourpuss," the insider said.

Harmon's duties don't only include being in front of the camera, but he's also an executive producer on the show that reportedly "had grown too hard to bear."

The veteran actor just wants to spend time in Montana with his wife, tend to his horses and chill around the house.

According to the source, Harmon is exhausted and wants to enjoy the life he worked hard for by doing the things he wants to do.

"He and Pam have been talking about taking a trip to Hawaii for the longest time and now they can."

His exit on the show was coming long, even after CBS didn't want Harmon to leave the show.

After being the face of "NCIS" for 18 years, the source concluded that Mark Harmon would surely be missed.

Mark Harmon Fighting with Wife Because of 'NCIS?'

Star magazine also previously reported that Mark Harmon and his wife Pam Dawber aren't seeing eye to eye when it comes to the future of their careers.

While Harmon reportedly wanted to get out of the show, Dawber feels her acting career is just starting, especially on "NCIS."

Producers reportedly want Dawber to be part of the show, while Harmon wants this current season to be his last.

"He wants his golden years tucked away at his Santa Monica ranch and suspects the executive producers are using Dawber to get him to stick around." 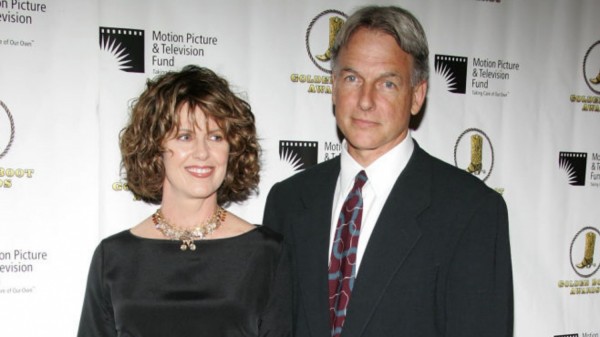 The Truth About These Mark Harmon Stories

Though parts of Globe magazine's story are true, Gossip Cop claimed that it's normal for anybody to get tired, especially with Mark Harmon, who has been with "NCIS" for 18 years.

The show has thankfully made him a wealthy man, which means he already has a lot of money to step away and live the life he wants finally.

Gossip Cop also debunked the claim that he's become bitter and brittle since Harmon has easily handled his last few seasons on the show without any hitches.

And as for the couple not seeing eye to eye, Gossip Cop also debunked the claim that there are tensions in their marriage because their careers are clashing.

Mark Harmon Returning To 'NCIS' Soon? Fans Notice Obvious Hint That He Is!

Is Agent Leroy Gibbs, played by Mark Harmon, making a comeback on "NCIS"?

Mark Harmon's marriage to Pam Dawber was "ruined" by "NCIS," and quitting the program let him recognize his regrets.

Tensions are reportedly growing between Mark Harmon and his wife, Pam Dawber, that the couple has said to have reached a rough patch because of the hit-action drama.

Mark Harmon and his wife Pam Dawber have been married for 35 years now, but they're reportedly feuding over the future of their careers; is this true?

Why Is Mark Harmon Leaving 'NCIS' and Who is Taking Over? [DETAILS]

"NCIS" will never be the same again because Mark Harmon is finally leaving the show after 18 years of portraying the lead role of Leroy Jethro Gibbs.

Fans of "NCIS" are going crazy about these exit rumors of their favorite characters.

Why Did Abby Leave NCIS? Pauley Perette's Disdain Over Mark Harmon Reportedly Reaches Beyond His Dog

We haven't seen Abby, played by Pauley Perette, in a while, but we aren't over her prospective return to make science interesting yet again.

In early March, it was reported that Katrina Law would be joining CBS's "NCIS" in a recurring role. This could also explain the suspension storyline, which could be a possible way to give the fans get used to the idea of Gibbs not being an agent anymore.