Actor Henry Cavill recently sat down with The Hollywood Reporter to discuss his career, from The Count of Monte Cristo all the way up to The Witcher - including, of course, his iconic role as Superman.

By now it's no secret that Cavill may be finished playing the monolithic superhero soon, as DC announced the development of a Black Superman film back in May. The genteel actor, however, is more than okay with the concept of being replaced by a Black actor.

"It's exciting - Superman's far more than skin color," Cavill says. "Superman is an ideal. Superman's an extraordinary thing that lives within our hearts."

Of course, his saying that doesn't necessarily mean he WANTS to be finished with the so-called Man Of Steel. As a matter of fact, he has another suggestion, one that reminds us of some very fun Spiderman rumors coming out of the MCU at the moment. 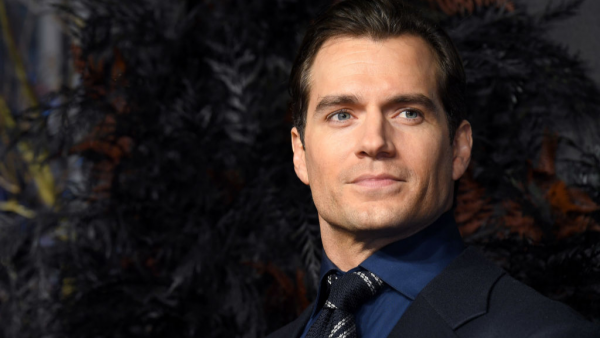 "Why not have multiple Supermen going on?" the superstar wondered aloud. "Joaquin Phoenix did a wonderful Joker movie; so what if it's not tied to the rest of [the franchise]? They have multiple Superman comic book storylines happening at the same time."

Cavill may not have time to play Superman, as the internet is already swirling with rumors that he, perhaps, could play the next Bond.

"I think it would be very exciting to have a conversation with the producers. ... In an ideal world, I'd never have to turn anything down. Nothing is off the table. It's an honor to even be part of that conversation."

In the meantime, at least, fans can look forward to his upcoming British spy thriller Argylle, which just began filming in August.

Tags: Henry Cavill Superman Movies Michael B. Jordan DC Comics justice league
© 2022 EnStars.com All rights reserved. Do not reproduce without permission.
Most Popular
You May Also Like

Not only did Cavill succeed in bringing the TV representation of Geralt closer to the book version, but he did it without having his relationship with Ciri suffer for it - Geralt's extra lines were not used to spur tiffs with his new daughter.

Having a child makes one thing very clear: When it comes to the difference between being good and being a monster, there is a lot more gray area than it seems.

Season One Of 'The Witcher' Starring Henry Cavill And Camilla Cabello Was The Setup: Season Two Is The Main Event

While we're not guaranteeing that there won't be any time jumps at all in the second season, it's safe to say that they're no longer using those jumps to tell the story.

Henry Cavill still wants to wear his cape and fly as Superman, and his fans immediately offered reactions toward his wish.

Henry Cavill Wants To Be In a 007 Film But NOT as James Bond Following Huge Rejection; What Will His Character Be?

Henry Cavill recently revealed that if James Bond producers wants him to be a part of their movies, he's willing to 'explore further.'

As Daniel Craig's final movie as James Bond approaches, many fans are taking to social media to insist that Henry Cavill should take on the role.

Some people made a petition that calls for Netflix to drop Cavill from his part in hit show "The Witcher" because of his association with Natalie Viscuso.

Fans are not ready to let the image of Henry Cavill in a "Superman" costume go, but if ever it needs to happen, they want him to take another role but in the Marvel Cinematic Universe instead.

Natalie Viscuso has been identified as Henry Cavill's girlfriend, with the pair announcing their relationship on Instagram Sunday.