If you're like me, you knew even in early 2020 that, despite everything, movie theaters weren't going anywhere. There was reason for concern, sure, and there still is; Now with the rise of simulatneous streaming releases, and with so much content available on demand in general, there's not as much need for people to go out just to see a movie. If you're seeing a movie in theaters, you either really care about it, or you really love movie theaters.

Just because the concept of the movie theater isn't really in danger anymore, though, doesn't mean that the theater as we know it couldn't use some improvement. 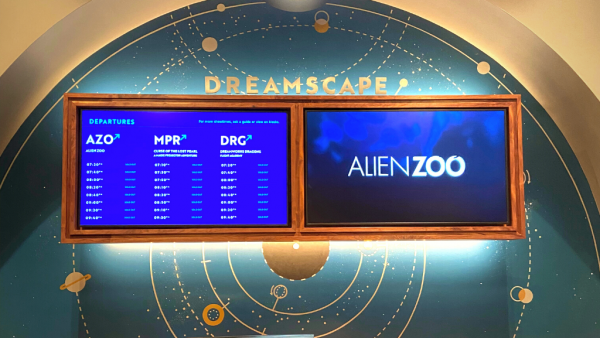 I'm not talking about the reclining seats or on-demand food, either - while it's true that some of these more comforting, homey features may make it more tempting to go out to the movies, what any business really wants to provide is an experience that people can't get anywhere else. Now that movie theaters and home theaters are starting to blend together in terms of experience, the question is, what can we do to make this a unique experience?

Frankly, there has been a space to fill in that arena for a while - remember when movie theaters used to have full-on arcades in them?

That's the space President and COO Aaron Grosky wanted to fill when he set out to create his company, Dreamscape Immersive, in 2016, long before the pandemic put movie theaters everywhere in jeopardy. Dreamscape Immersive is a location-based VR startup led by co-chairmen Walter Parkes, COO Aaron Grosky, former Chief Creative Officer of Disney Imagineering, Bruce Vaughn, and global music events producer and serial entrepreneur Kevin Wall. They're working to use the tools we've recently been given with VR technology to create immersive experiences - not quite movies, not quite games, but something new and different entirely.

I got the chance to try three of the different virtual experiences at the new Dreamscape that just opened up AMC Garden State Plaza on Friday, and it was an exciting look at what movie theaters can become now that they're not necessities anymore.

I also got the chance to speak with Grosky, who told me that the goal for Dreamscape is to bring the experience of some of those new, more immersive VR rides at Disney World into people's hometowns - and let me tell you, that's exactly what they're doing.

A Dreamscape in your AMC is like the arcade it used to have on steroids. It reminds me of that scene in Back to the Future, where the kids scoff at the old 80's arcade game: "You have to use your hands? That's like a baby's toy!" We were five years or ten years ahead of ourselves there, but honestly, the rest wasn't far off at all.

Now, it's worth noting that this is a platform still in its infancy, and with that come a few handicaps. The VR you're seeing in these experiences is nothing like the stuff you've come to expect in modern video games - it can't be, because in order to make it immersive, programmers literally had to learn how to add another DIMENSION to everything they already needed to do.

Since I got to try all three of Dreamscape's experiences at the Garden State Plaza, I'm going to give you the rundown so that you know what to expect from this entirely new medium - what's to love, what maybe needs some tweaking, and the best parts of each individual experience. (If you don't want spoilers for the VR surprises, stop before you get to those!)

Places I saw room for growth:

My favorite parts of each experience: 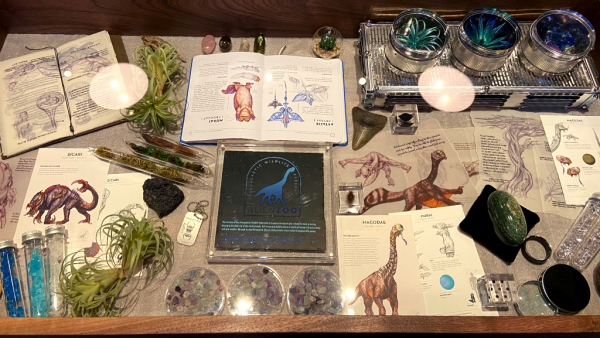 Dreamworks' How To Train Your Dragon 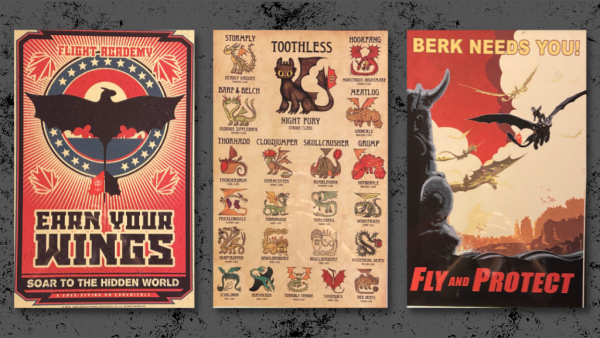 The Curse of the Lost Pearl 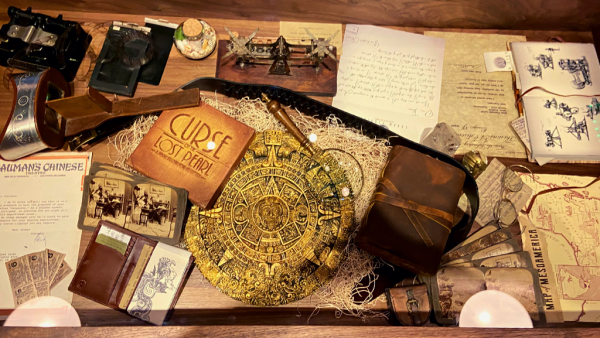 Overall, I was so very excited to see everything that Dreamscape had to offer, and I can't wait to see where it goes from here. You should definitely check out this new, novel experience while you get the chance: Each adventure is $19.99 on weekdays, or $23.99 on weekends or holidays, which is a comparable price to most similar activities, like escape rooms.

Of course, there's another reason I want to encourage people to rush out and try this as soon as they can: We may not realize it yet, but we're alive right now for the birth of what could be a new industry. Talkies combined movies and radio - Dreamscape's VR experiences could do the same thing for movies and video games. (And the faster we flock to it, the faster we can get there.)

Try it now so that someday, you can tell your grandkids, "Back in my day there were only three virtual realities, and I went to every one of 'em!"

They'll probably say some stuff like "You had to put on goggles? That's like a baby's toy!" but then you can think of the irony and laugh, because you know full well the value of experiencing history firsthand. (At least this time it'll be a positive piece of history, eh?)