Is there anything Lady Gaga can't do? With the release of Ridley Scott's "House of Gucci," Lady Gaga proves herself an acting powerhouse with a shining performance as vengeful ex-wife Patrizia Reggiani. This latest knockout performance by Lady Gaga is halfway to becoming an EGOT, proving her haters wrong. 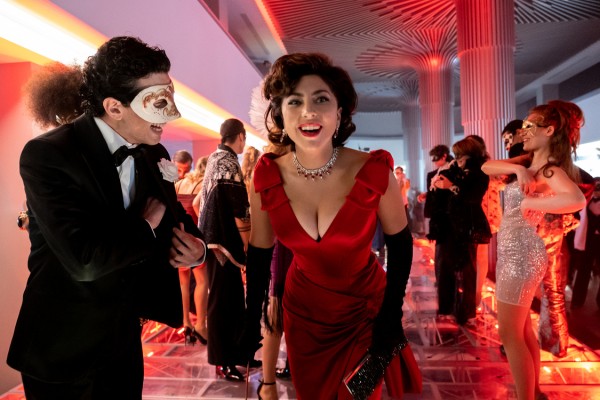 You may remember that back in 2016, Lauren Bohn, who had attended NYU at the same time as the Grammy-award winner, revealed that Lady Gaga was bullied via hateful posts in a Facebook group called "Stefani Germanotta, you will never be famous." Bohn mentioned that Gaga's classmates would taunt her by calling her an "attention whore" alongside videos of Gaga, whose birth name is Stefani Germanotta, playing the piano at gigs. Students would share photos of Gaga's flyers after they've been stomped on. Despite this horrible behavior, Gaga has persisted in her career, and now her career has soared to heights higher than those haters could ever have anticipated.

"No one in 'House of Gucci' can ultimately contend with the force of nature that is Lady Gaga," writes film critic @JustinCChang https://t.co/KjiLjw0PY8

"House of Gucci" is available starting on November 24, 2021 in theaters and Paramount+. For more entertainment commentary and news, check out Enstarz! We bring you the latest on your favorite celebrities, TV shows, and films.

Tags: Lady Gaga house of gucci house of gucci movie
© 2021 EnStars.com All rights reserved. Do not reproduce without permission.
Most Popular
You May Also Like

Carl Bean, a prominent preacher, activist, and Lady Gaga's big inspiration for the hit 2011 album 'Born This Way,' has passed away at the age of 77.

Lady Gaga's former dogwalker is now being mentioned in several news articles after setting up a GoFundMe.

Barbra Streisand Insists Beyonce, NOT Lady Gaga Should Have Been Cast on 'A Star is Born'

Barbra Streisand Insists Beyonce, NOT Lady Gaga Should Have Been Csat on 'A Star is Born'

Will Lady Gaga Appear In 'Snow White' Live Action As The Evil Queen?

Over the past few days, rumors have been circulating on Twitter that Lady Gaga was cast as the Evil Queen in the upcoming 'Snow White' live action film.

During this year's Tokyo Olympics, many fans noticed one athlete from Jordan looks a lot like Lady Gaga.