"On the surface, this song is about an individual who feels trapped in a relationship and wants breathing space." says My Twisted Heart - the moniker of Po Ki Ching - of his new single. "But it has another meaning to me. It reflects my feeling towards Hong Kong - where I grew up, and where injustice was and is still happening." A collaboration with fellow Cork artist Outsider YP, it sees someone speaking to their beloved, whether person or city, "Sinking to that bottom/You're not dragging me down". The pair both contribute vocals, engineering the track together. 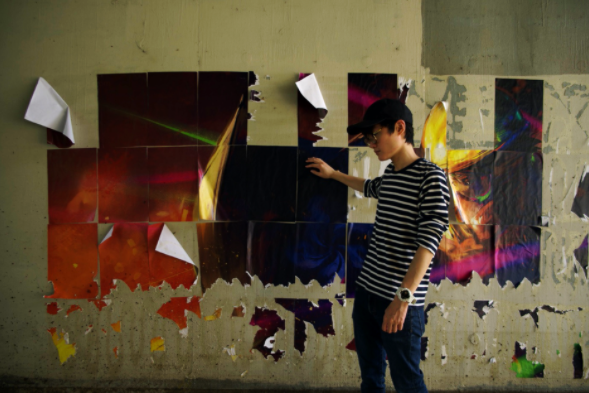 'idontneedyou' is ultimately about the pain of having to leave someone - or someplace - behind, in order to take care of yourself.

My Twisted Heart is an alternative genre-blending hip hop artist, and the brainchild of multi-disciplinarian musician Po Ki Ching.  in Hong Kong, and whose life journey has seen him live both there and in Ireland, where he studied at UCC, in Cork. Developing an interest in singing and playing covers from a young age, while listening to canton pop, j-rock, and k-rock, his creativity blossomed when he met fellow Cork creatives Outsider YP and Kestine, with whom he formed 'Outsiders', a creative collective, in 2017. He has gone onto collaborate extensively as part of 'Outsiders', contributing to their output over the course of the past few years, culminating now in an upcoming slew of single releases, and the hotly anticipated 'Heart Leak EP', due for release in January 2022.

Tags: Music artist
© 2022 EnStars.com All rights reserved. Do not reproduce without permission.
Most Popular
You May Also Like