Each of the group's seven talented members perform flawlessly with mic in hand, with the physical ability of an acrobat. So far, they have been mostly focused on activity within Japan, but as a world-class group with several bilingual members, they have also conducted successful promotional tours across Southeast Asia. 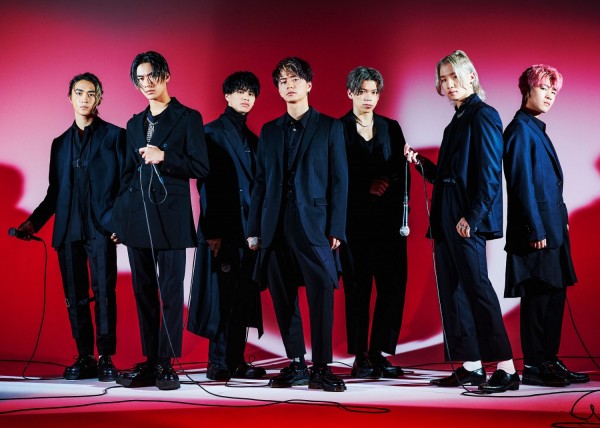 Released on November 22, BALLISTIK BOYZ's new single 'All Around The World' carries a message infused with their ambition to reach a truly global audience. The release is accompanied by a music video.

'All Around The World' is the lead track from BALLISTIK BOYZ's second album, 'PASS THE MIC', which will be released on November 24. The song tells of their commitment to their fans, known as BBZ Family, with whom they search for a new stage that transgresses national borders. It's a song that pledges BALLISTIK BOYZ's determination to give it their all, while keeping their eyes on international success.

The song was written by Xansei - who has worked with top-grade rappers from Japan and overseas such as NLE Choppa and JP THE WAVY - along with Marcus Munroe. As the lead track from the album, it expresses the attitude of the seven members, brimming with their enthusiasm for music and entertainment, and their hunger for the next phase of BALLISTIK BOYZ. Check it out on your favorite download or streaming service, or on YouTube.

Lead track 'All Around The World' is one of three brand-new songs on the album, along with 'Day Dreaming', which offers a glimpse into how the boys spend their free time; and 'In My Eyes', an emotional mid-tempo love song with an unmissable vocal performance from four of the BALLISTIK BOYZ members. The Blu-ray and DVD sets include six music videos as well as footage from their recent tour, titled BALLISTIK BOYZ PROLOGUE LIVE TOUR 2021 "PASS THE MIC" ~WAY TO THE GLORY~, available in full for the first time.

The album can be purchased from outside of Japan, so please check it out!

▼Lead song 'All Around The World'

Tags: Music music video
© 2022 EnStars.com All rights reserved. Do not reproduce without permission.
Most Popular
You May Also Like