It's quite rare that we see a pic of musician Machine Gun Kelly (AKA Colson Baker) with Casie on the Red Carpet. While the star and his daughter have a very close relationship, (he called her his "best friendddd" in an Instagram post this summer), she is only twelve years old, so Red Carpet events have likely not been her top priority thus far.

The pair HAD been photographed together on one Red Carpet before this year: The Nickelodeon Kids' Choice Awards. Here they are in 2017: 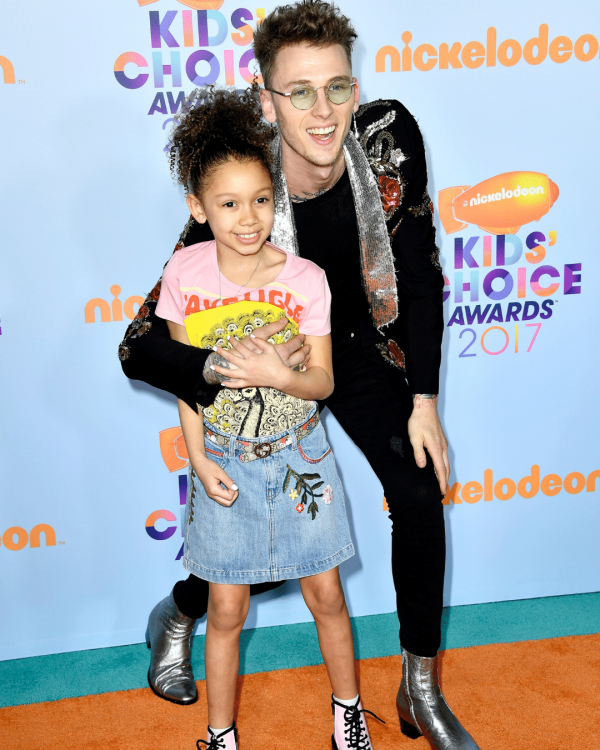 Now, though, that Baker is getting older, chances are we're going to start seeing her at a lot more events with her Dad as she becomes interested in more of the things he's involved in. He already took her as his date this year at the American Music Awards -

- and it seemed like the pair had a riotously fun time together.

(Here they are doing some kind of secret handshake so cute it'll melt your heart:) 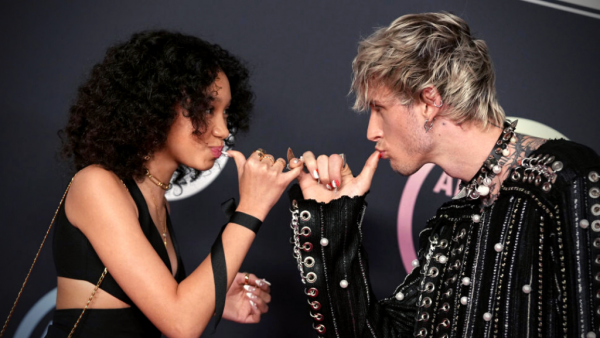 Now, only a few weeks later, Baker was Kelly's chosen date again as he headed out to the premiere of his film The Last Son, about an outlaw who is attempts to end his evil family line after a prophesy tells him one of his sons will kill him. MGK played Cal, one of the sons, in the film. 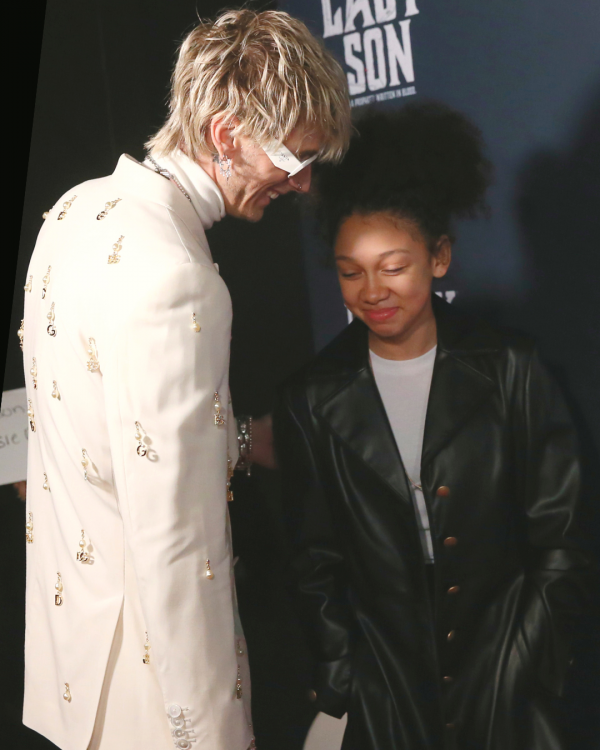 Now, some may wonder if MGK is making a certain someone - Megan Fox, the new girlfriend he's famously head over heels with - jealous by choosing someone else as his date, but don't - first of all, she's way too chill for that, but second, it seems that Fox and Baker get along fine too: Here they are together at the music festival Lollapalooza this summer:

Casie was born when MGK was just eighteen years old, but he's been anything but an absentee father in her life. The pair are (clearly, from these photos) thick as theives, and Kelly goes to great lengths to be there for all the major milestones in her life. He once revealed exactly how far he's willing to go to be there for her:

two connecting flights and still no sleep but ima make it to my daughter’s recital tonight believe that !! 🏃🏼‍♂️✈️

These pics might be rare now, but chances are we'll be seeing a lot more of Casie Colson Baker on the Red Carpet as time goes on.

Tags: machine gun kelly casie colson baker Megan Fox
© 2022 EnStars.com All rights reserved. Do not reproduce without permission.
Most Popular
You May Also Like

Good Luck Getting These Out of Your Head! The 8 Most Memorable Jingles of All Time!

There's something about a TV jingle that has a way of getting stuck in your head more than any popular song ever could.

The Thorny Engagement Ring Machine Gun Kelly Designed For Megan Fox Hurts Her If She Takes It Off - Red Flag?

Up until now, we've been fully on board the Megan Fox and MGK relationship train - but it's really hard not to judge something that smacks so hard of controlling behavior.

Machine Gun Kelly recently revealed in an interview an odd detail about the engagement ring he gave Megan Fox, saying it hurts if she ever tries to take it off. However, fans are not happy with his revelation.

WOAH! MGK and Pete Davidson Strip Down to Their Underwear for a Calvin Klein Campaign and Become the Drunk Astrology Meme of the Year

Machine Gun Kelly and Pete Davidson took over Calvin Klein's Instagram account and struck a variety of poses to promote the company's new campaign - and ended up becoming the Next Big Astrology Meme in the process.