Machine Gun Kelly made major waves at the iHeartRadio Music Awards this past May when he came in sporting six-inch long acrylic nail designs to match his look (and Megan Fox's pink jumpsuit.) 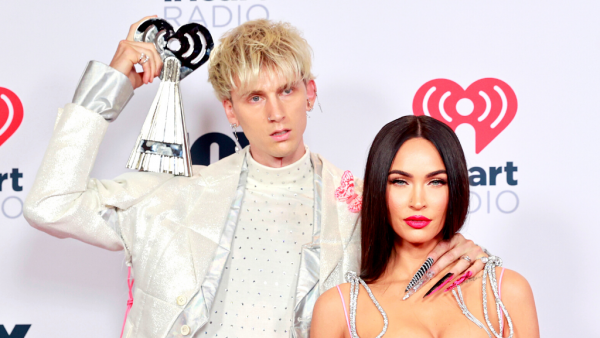 It was yet another move that helped further the effort of skewing the gender binary further away from the norm - and today, MGK is taking that effort one step further with the release of his new nail polish line, Un/Dn.

The debut collection in the line, Un/Dn Laqr, is available today on UNDNLAQR.com. It contains ten shades of polish and five top coats, and they're all vegan and cruelty free. You can buy them individually, or in boxed sets, which come with specialized nail art brushes for those who like to try fun designs or patterns. 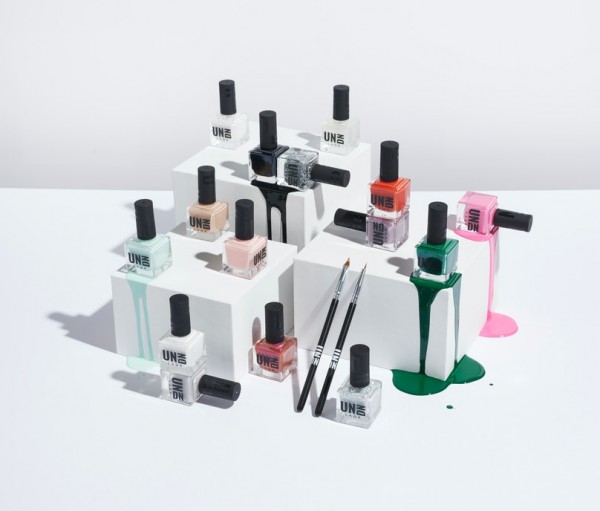 When asked what inspired him to create the line, MGK said:

"Middle school was the classic emo phase for me, which was just using a Sharpie to paint my nails black. Actual gels and cool designs on my nails came within the past three years, as I was searching for a way to incorporate a more Zen 20 minutes into my day-or I should say two hours, really, with some of the nails that I do.

"What I love about Un/Dn is that it encourages us to pay attention to small details in getting ready, which is something that men learn from women. For sure women are the biggest inspiration for the nail line, and not just because painting your nails is generally considered to be a feminine activity. Women pay attention. I'll ask my daughter: "Why are you putting on makeup today? We're not going anywhere." And she'll say, "This is just how I want to look. This is for me." And there's a really stunning lesson in that because men almost never do things to be seen."

He credited his relationship with Fox for his newfound joy in taking care of himself, saying that she helped teach him to pay attention to how he was feeling and take time for himself in more ways than making music - he now uses his time painting his nails to meditate, and suggests that others might start doing the same.

"[Men] don't do things that put us in a position to be comfortable with ourselves. This line is like, "Hey, take this 30 minutes for yourself to just add to your vibe, whatever that is today."

Tags: machine gun kelly Megan Fox
© 2022 EnStars.com All rights reserved. Do not reproduce without permission.
Most Popular
You May Also Like

Good Luck Getting These Out of Your Head! The 8 Most Memorable Jingles of All Time!

There's something about a TV jingle that has a way of getting stuck in your head more than any popular song ever could.

The Thorny Engagement Ring Machine Gun Kelly Designed For Megan Fox Hurts Her If She Takes It Off - Red Flag?

Up until now, we've been fully on board the Megan Fox and MGK relationship train - but it's really hard not to judge something that smacks so hard of controlling behavior.

Machine Gun Kelly recently revealed in an interview an odd detail about the engagement ring he gave Megan Fox, saying it hurts if she ever tries to take it off. However, fans are not happy with his revelation.

WOAH! MGK and Pete Davidson Strip Down to Their Underwear for a Calvin Klein Campaign and Become the Drunk Astrology Meme of the Year

Machine Gun Kelly and Pete Davidson took over Calvin Klein's Instagram account and struck a variety of poses to promote the company's new campaign - and ended up becoming the Next Big Astrology Meme in the process.