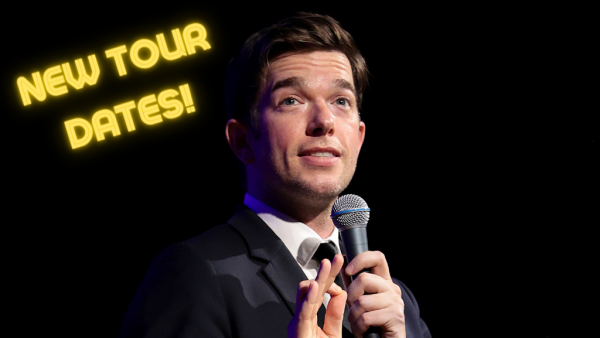 Comedian John Mulaney has really had quite a time of it these past few years. After a relapse, an intervention, a divorce, a new tour, and a new baby on the way, you'd think this tall child would really want to get some rest - but after quarantine, who could do that?

Mulaney has been on tour with his latest stand-up comedy special, From Scratch, since early this year, beginning the endeavor first with a closed-door round of beta shows at City Winery in NYC. These shows were much darker and more harrowing than his previous work (which was not exactly surprising.) After workshopping the show in his home city, he took it on the road, and has been touring with it since.

Up until this point, it looked like there were going to be no more shows after the one this weekend in Long Beach, CA (aside from a pair of performances at the JSL festival in Canada in February.) Today, however, the ever-popular former SNL writer announced new dates for the tour, beginning in March 2022.

He'll be starting this next leg of his tour in Wilks-Barre, PA, and will hit several states before finishing up with a series of shows in New York (both the state), and one final show in Chicago, Illinois, where he grew up, in July.

Those who have not seen the show yet can expect From Scratch to put out a simultaneously darker and more hopeful vibe than the star's previous specials. In it, he discusses the internet's reaction to his divorce, what it felt like to go through an intervention, and the reality of always being alone with the person who tried to kill him - himself. Despite the dark themes, Mulaney (as always) manages to keep things funny, making these topics easier to discuss by adding his patent...Mulaney-ness on top of them.

Pre-sale and VIP tickets for the new tour dates go on sale to members of Mulaney's mailing list tomorrow, December 7, at 10 AM. For members of the general public, they'll be on sale Friday, December 10. Tickets can be found on Mulaney's website, or on Ticketmaster. 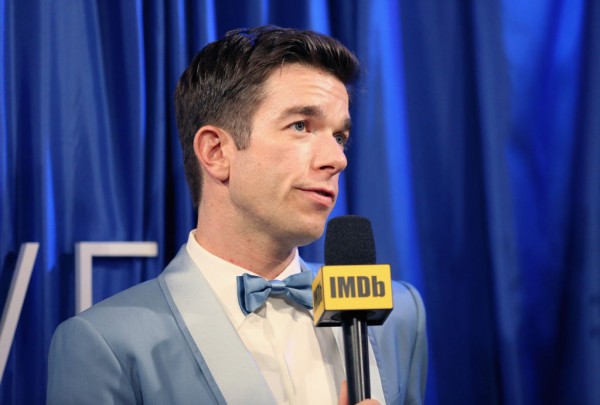 Aside from this tour, Mulaney has also been working on other projects you can see on-demand (because he's too good to enjoy in such small doses.) You can catch him as Andrew Goldberg in Big Mouth on Netflix - the fourth season just dropped last month. He's also working on something with Disney - a new version of the old Chip and Dale cartoons. Mulaney will be paired with Andy Samberg to play the pair of cheeky chipmunks - though the release date for that has not yet been announced.

Tags: John Mulaney andy samberg
© 2022 EnStars.com All rights reserved. Do not reproduce without permission.
Most Popular
You May Also Like

A BIG A** B! John Mulaney Wishes His Son Malcom a Happy Two-Month Birthday in the CUTEST Instagram Post We've Ever Seen!

John Mulaney has taken to Instagram to celebrate his son Malcolm Mulaney's two months of existence, and it might just be the cutest post the internet has ever seen.

According to Olivia Munn, Malcolm Mulaney and Penny Levy were born "hours apart and across the hall from each other."

"There were things I never even thought about before because that was just a closed door...I feel lucky that I get to be standing on the precipice of all these new things."

On Christmas Eve, John Mulaney took to Instagram to share a picture of his newborn son, Malcom - and to talk about how much he loves the kid already.

Music-streaming giant Spotify has pulled the albums of many stand-up comedians from their platform.

130 Comedians Including Dave Chappelle, John Mulaney, and Kevin Hart Announced for 2022 'Netflix is a Joke: The Festival!'

Netflix is getting ready to get the world laughing. Today, the streaming service announced plans for a comedy festival featuring 130 comedians.

DEFINITELY NOT A REBOOT! Andy Samberg and John Mulaney Take to Twitter on Disney+ Day to Make it Clear That Their New Film 'Chip and Dale: Rescue Rangers' is a Comeback, Not a Reboot!

World reknown comedian John Mulaney and Brooklyn Nine-Nine's Andy Samberg announced this morning that they are teaming up for a new movie Chip and Dale: Rescue Rangers.

Every season, not only does the cast of Nick Kroll and Andrew Goldberg's hilarious Netflix show 'Big Mouth' get bigger, it also gets gayer.