It happens. That star-making moment when hype collides with hard work and serendipity. For burgeoning Irish actor Jamie Dornan, his journey from supporting player to star of the global film phenomenon Fifty Shades of Grey has been a study in meticulous grind. Dornan was once relegated to secondary status in a string of television and big screen roles that included the celluloid re-imagining of Marie Antoinette (2006) and ABC's Once Upon a Time. Now he is on the verge of becoming a major player.

Right now the easy-on-the-eyes Dornan, who is set to appear in Netflix's upcoming war Thriller Jadotville, is on every casting director's must-have list. And with that comes the inevitable buzz concerning the 32-year-old's big screen follow-up. These days the big money is in the comic book superhero genre. Christopher Nolan's Dark Knight (Batman) trilogy has bankrolled more than $2 billion at the box office. Marvel Studios, backed by the all-powerful Disney, is on an unstoppable run, highlighted by the $1.5 billion grossing behemoth The Avengers, which is certain to be topped by the upcoming May 1st sequel Avengers: Age of Ultron.

Already, Dornan is fielding questions about the chances he will be saving the world in spandex. But when asked about his dream superhero role by Now magazine back in February, the Grey hunk gave a tongue-and-cheek answer, name checking British comic book parody Bananaman. "...I don't think it's been done yet," Dornan said of the banana eating, goofy savior. "They're all fun and I'm into those as much as the next guy but Bananaman, purely based on the fact that it hasn't been done yet so I can put my own spin on it."

Right. If Dornan wants to truly explore his inner superhero, here are five roles that he could knock out of the park.

Moon Knight
There's a dark, quiet, at times dangerous intensity to Dornan's 50 Shades performance. It's a brooding, something's-not-quite-right-about-this-guy quality that would surely come in handy if he appeared as the mercurial, at times mentally unhinged, Moon Knight. Marvel's answer to Batman has been rumored to be in the pipeline for years. The cult character was even given a sly shout-out in 2014's Captain America: The Winter Soldier. The sneakily chiseled Dornan playing a former mercenary who is transformed into the vengeful avatar of a Egyptian Moon-god would be intriguing. Depending on the full power of the moon, his strength, endurance, and reflexes are enhanced and he carries a frightening arsenal of weapons. In nerd speak, the hooded white-clad Moon Knight is a problem.

Ghost Rider
Yeah, we know. Ghost Rider hasn't exactly achieved cinematic glory over the years. Box office wise, the two Nicolas Cage-featured films based on Marvel Comics' fiery motorcycle riding, leather-clad, skeleton demon who is driven to punish the wicked (2007's Ghost Rider and 2012's Ghost Rider: Spirit of Vengeance) has made close to $400 million. Darn good numbers, right? Unfortunately, the flicks have been universally panned. Which is why Dornan could add some much needed new blood to the in limbo movie franchise now owned by Marvel Studios following Columbia Pictures' lackluster handling of the CGI-driven character.

Animal Man
On the surface, this C-level DC hero is quite laughable. A spaceship explodes giving Bernhard "Buddy" Baker the ability to borrow the attributes of animals. He can fly like a bird, swim like a fish, stick to walls like a spider...you get the idea. So with the much anticipated Batman v Superman: Dawn of Justice extravaganza currently being filmed and an all-star Justice League movie on the way, DC is in no hurry to take on such a lighthearted, campy good guy. But if writers follow Grant Morrison's celebrated, late '80s Animal Man comic book run--which saw the character fight for animal's rights and wave the flag for vegetarianism--as well as the most recent acclaimed 2011 relaunch, this could be a savvy curve pitch.

X-O Manowar
If Dornan really wants to impress the fanboys/girls he can go for a superhero role with some serious independent cred. X-O Manowar is the mystical-meets-science fiction answer to Iron Man, an armored-suit wearing crusader originally published by Valiant Comics. Making his debut in 1992, Manowar's alter ego Aric Dacia separates himself from Tony Starks by being a Visigoth barbarian who finds himself transported 1600 years into the future after being abducted by aliens. Now armed with some otherworldly tech that possesses some of the most technologically advanced weaponry, X-O Manowar could be a movie burning, toy-churning, television cartoon phenomenon if handled correctly.

Green Lantern
The most popular hero on this list comes with some baggage. The stain of the mammoth 2011 film flop Green Lantern had seemingly derailed the power ring fueled Hal Jordan from getting a proper re-do. Of course with the aforementioned Justice League movie in the working stages, Warner Bros. and DC could make such past stumbles moot. They could either go with an entirely different Green Lantern (Fast & Furious star Tyrese Gibson has publicly lobbied to play fan favorite John Stewart) or stick with the original. If they choose the latter, Dornan would make a strong, more serious-minded Jordan. 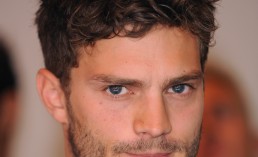 Jamie Dornan News 2015: Actor Admits He Once Followed A Woman To Help Prepare Him For A Role [VIDEO] 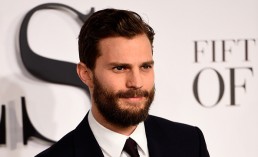 Jamie Dornan News: Kim Cattrall Backtracks On Her Critism Of The ’50 Shades Of Grey’ Actor [VIDEO]