It’s been weeks since Bow Wow and Erica Mena called off their engagement, but Mena is still dealing with the fallout—including a loss of their unborn child.

Mena revealed via social media that she and Bow Wow suffered a miscarriage about five months into her pregnancy last year. While Bow Wow wasn’t up for Mena publicizing their loss (see his response video below), Mena has gone from speaking about online to being extremely candid about it in a new interview.

“I’m still kind of going through it just because… It was… I don’t know…," she told Hip Hollywood Monday. "I really wanted that baby because I was at a point where I was like, ‘Ok…’ I was definitely at a point in my life where the first time I was like, ‘It’s family time.’”

She added that her rough childhood and even the negative situation she was in when she had her first child, King, caused her to “connect with that pregnancy.”

“I didn’t grow up in the healthiest environment. I go so up and beyond for my son King…Now I’m financially stable more than I was when I had King… and mentally and spiritually… I was just ready. I was ready for it.”

Her publicist added that Mena hoped it was a girl.

Bow Wow and Mena went their separate ways shortly after the miscarriage in September of 2015. It’s not clear what exactly caused the split, but she has said in the past that he’s gotten physical. 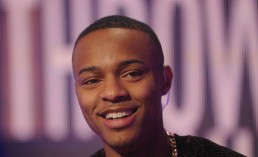 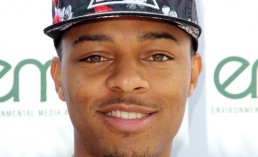