Few musicians have had an impact on American culture like singer-songwriter Hank Williams. Williams began recording and releasing country music in the late 1940s and quickly became one of the genre’s earliest megastars, with hits like “Move It on Over” and his cover of “Lovesick Blues” forever changing country music. Success and fame, however, did not ease Williams’ struggles with drug and alcohol addiction, which are believed to have played a part in his untimely death at the age of 29.

I Saw the Light, a new biopic about Williams’ life, retells how the country legend (played by Tom Hiddleston) rose to fame and struggled in the spotlight, along with exploring the relationship with his first wife Audrey Williams (Elizabeth Olsen). The film takes its title from Williams’ well-known gospel song of the same name and hits theaters today.

Earlier this week, Enstars was able to attend a press conference with Hiddleston and Olsen, in which they talked about stepping into the lives of Hank and Audrey Williams, their appreciation for country music and how portraying real people differs from playing characters originally from comic books.

Here are our favorite five questions and answers from the event:

How did this film change your perspective on country music?
Tom Hiddleston: What I find interesting about American country music is understanding folk music. Folk music wherever you are is an expression of the authentic soul of the country. When you get under the skin of the country's folk music you start to understand their instinctive rhythm. And when I went to Nashville preparing for this I started to understand country music in America's folk music that comes from the blues. The blues is so deeply ingrained into the American soul and I found a whole new appreciation, which has been really thrilling especially because Hank is right in the center of it. He was taught the blues and people who came after him took him as an inspiration to make their own music: Bruce Springsteen, Johnny Cash, all these people for whom Hank is the brightest star.

How did you get into the mindset of someone who's not only very young, but also someone who was pressured with fame? And also, Audrey craved the spotlight as well.
Elizabeth Olsen: The hardest thing for me that I kept trying to fight [director] Marc [Abraham] on was, “Can we say fewer lines about her wanting to sing with him? It just makes her seem so awful,” and the truth is that after [Hank] passed away, she still worked at it. She was on stage and there are videos of her on YouTube a few years before she passed away still singing on a show. With their relationship, we talked a lot about how young they were, also coming from not the best educated backgrounds either so they're dealing with an extreme lifestyle change with money and fame and increase with just attention, and I have always thought of their relationship as just fiery. And whether it's fiery love or fiery hate, I think [those] two things always walk a very thin line because you can't really “fiery” despise someone you don't “fiery” care about [laughs]. So I felt like they were always teetering between that...we really wanted to make sure that their love came across just as much as their arguing did because so much of their arguing is part of the story that we've heard. But there had to have been so much love for him to write the lyrics that he wrote with such sincerity.

TH: I think they fell very deeply in love, but they were poor and they were strong-headed and impulsive...and I think Hank wouldn't have become Hank Williams without Audrey because she had a head for business and she kept him on time and introduced him to business contacts and his managers. But at the same time it was difficult because she wanted to share in that success and he loved her and tried to get her up there with him and his producers and bandmates would say “Your wife can't sing with us” and he would have to tell her that and she interpreted that as a huge break in loyalty so this was obviously a very complex relationship and it's the center of the film, the center of the songwriting.

Since both of you are so heavily entrenched in the Marvel cinema universe [Hiddleston plays Loki, Olsen plays Scarlet Witch], is it refreshing to be in a film that's based on a true story?
EO: There's a lot of original source material in the Marvel land [laughs]. The way you approach a character is similar, but it is a breath of fresh air to be on an intimate set and to have momentum and to not be waiting in a trailer for six hours and you have 30 seconds to save the world in one look, that's a lot of pressure! So it's a lot more fun to create an argument about how we are blocking or overstepping each other's lines in a hallway, and you do get to try things out when you're in Marvel, but there are also so many elements that you're a piece of. This centerpiece is the moment-to-moment work between two people and there are so many other things that have to go right when you're doing a scene for Marvel. People have to pick up their cues and for some reason that's hard for eight people, I don't know why, but thank god we have editing because those scenes would be horrible without editing. Or there's an explosion that has to be timed right and camera moves are very complicated. So there is a freedom in not feeling responsible to being part of all these other pieces and I enjoy that immensely and I have so much fun going back to the family of Marvel. They're a great group of people.

TH: I think the interesting thing about this is, I think for the audience, the difference is greater than for actors. Our job, obligation and duty is to step into characters and play them truthfully whether that's a guarded mischief or a real life American icon. And in terms of that commitment, there is actually no difference and I'm exercising the same dramatic muscle. But it's different in process, we were able to find real locations and inhabit those locations without any sort of supplementive green screen or effects. So in that regard, it's different. But the acting part of it is the same.

What was the most challenging song for you to perform?
TH: Probably “Lovesick Blues.” I think of all the songs Hank sang, he probably sang that the most because it was a huge hit...it was a very technically difficult song, the yodeling and the jumping octaves and to be on pitch in every note in that song was really challenging and I had a day to learn it.

Have you, yourself, dealt with pressure when it comes to fame?
TH: Everyone has an opinion about fame. And it's not really about my opinion or my perspective because everyone's idea of it is different so I have no control over it. The only thing I have control over is my work and how I'm perceived is beyond my control. And I really am okay with that because if I expended energy worrying about things I simply can't control, people I've never met in countries far away, if I worried about what they thought, my energy is better redirected into the work, which is the most important thing. 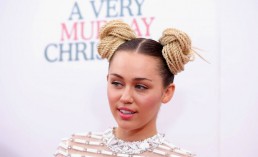 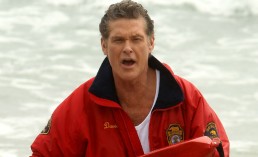 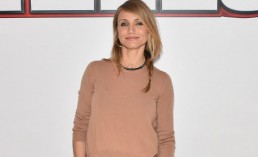