Paul Wesley and Phoebe Tonkin were spotted walking together in rare photos.

On Friday, Just Jared posted snapshots of the TV stars as they were going for a stroll in New York. As they dressed up for the cold weather, they wore black tops with dark jackets while Wesley added a beanie and Tonkin had a pair of fancy sunglasses on.

These two are rarely seen in public together as they keep details of their personal lives to themselves, but this day happened to be a small exception.

The site mentioned that they were having a little conversation while heading to a meeting.

The two happened to work together in an episode of The Originals where Tonkin plays Hayley. Wesley showed up on the series as Stefan who's known for The Vampire Diaries where he crossed over into the spin-off series.

Speaking to Entertainment Tonight about the episode, the actor mentioned what it was like being able to share a scene with his real-life girlfriend.

"It was crazy, I had never worked with her before," he said. "It was very funny, we talked about it, but we literally never rehearsed [the scene] or ran it. We just said, 'Let's just do it when we get to set' because otherwise it would just be awkward, and it was cool. It actually wasn't in the least bit uncomfortable or awkward. It was just kind of like we just did it and we were both in it and we both committed to it. It was nice, it was funny." 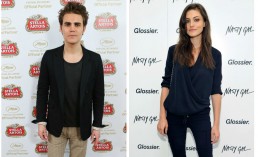 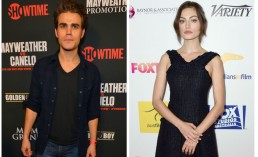 Paul Wesley, Phoebe Tonkin News: Actor Had To Apologize On His Girlfriend's Behalf, Find Out Why [PHOTO, VIDEO] 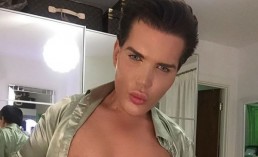