After watching as Lisa Vanderpump and Kyle Richards were accused of holding secrets for one another, Foster took to social media, where she shared a few of her thoughts, and appeared to throw shade at her co-stars.

“Be a woman other women can trust," Foster's Instagram message read. "Have the courage to tell another woman direct when she has offended, hurt or disappointed you. Successful women have a loyal tribe of loyal and honest women behind them. Not haters. Not backstabbers or women who whisper behind their back. Be a woman who lifts other women.“

During filming on season six, Foster and her husband, David, hit a rocky patch in their marriage, which ultimately led the couple to seek a divorce.

“I wasn’t surprised," Andy Cohen explained to his assistant, Daryn Carp, during an episode of Ask Andy on Bravo TV's official website. "I wasn’t surprised because, you know, in every relationship there’s a flower and there’s a gardener and I think maybe he thought he was the flower in that relationship and she was the gardener and she was taking care of her lemon tree, which was David Foster, and then maybe she became the flower because she was sick and needed to be taken care of. And also, she was getting famous from the show.”

Foster also recently spoke of her divorce from David.

"There were mixed emotions while watching tonight's episode," Foster wrote to fans last month. "A divorce, regardless of how it happens, is still the closing of the chapter, a separation from your life partner. We can't help but feel the loss and wonder when and how things went wrong. Long-term illness brings challenging hurdles to a home, a family and a marriage. It affects many lives, but I have to believe we've all done the best we can. Rather then getting stuck on what went wrong, I choose to focus on what was right and cherish the many great memories we shared."

For more on Yolanda Foster's divorce, check out the Watch What Happens Live clip below, and don't miss the Real Housewives of Beverly Hills season six finale, airing next Tuesday night at 9 p.m. on Bravo. 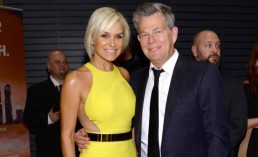 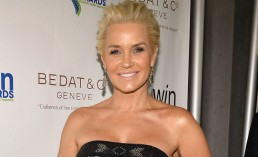 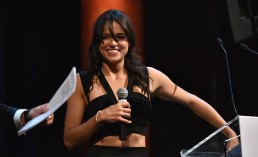