Kim Richards is returning to The Real Housewives of Beverly Hills for the upcoming season six finale, and when she does, sparks fly between her and Lisa Rinna.

Following their season five dispute, in which Richards took aim at Rinna's marriage, and Rinna retaliatted by throwing a glass, the two women will be seen sitting down for a chat during a party, and it doesn't go well.

"I felt like that's a dart, like you threw a dart at me, honestly," Richards tells Rinna in a sneak peek at the upcoming episode.

"You've got to own your own stuff," Rinna responds.

In addition to appearing on The Real Housewivs of Beverly Hills season six finale, Richards was also featured during the reunion special, which was filmed last month.

“Kim made a triumphant return to film the reunion and everyone was very happy to see her,” a source told Radar Online in March. “Her sister Kyle was very emotional and so happy to see Kim received with such an outpouring of love. Kim said she was sober and had been going to AA meetings.”

“It was clear that Kim was using this as the opportunity to make the case for her return next season. She kept saying how good it was to be back and how much she missed everyone,” the source continued.

But it wasn't all happy-go-lucky, and during taping, Richards “lit into Lisa Rinna about comments she had made in the past…and took exception to statements made that Lisa was scared of Kim. It was clear that Kim was hoping to get a reaction from Lisa."

However, Rinna didn't feed into the drama and refused to give Richards the reaction she clearly wanted.

“Lisa apologized to Kim for any pain she caused her, which was the last thing she was expecting,” the insider shared.

For more of Kim Richards and Lisa Rinna's drama, tune into the finale episode of The Real Housewives of Beverly Hills season six, airing on Tuesday at 9 p.m. on Bravo, and check out the full sneak peek below. 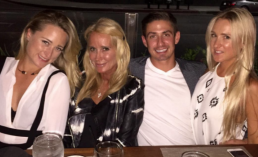 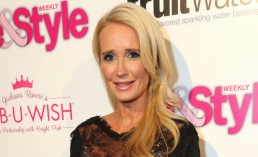 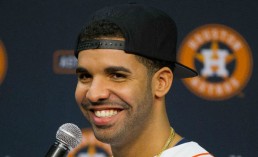