Adam Lind is excited to spend the weekend with his daughters after facing controversy on Teen Mom 2.

After Chelsea Houska took aim at Lind after witnessing an allegedly inappropriate photo of their six-year-old daughter, Aubree Houska, on his Instagram page, Lind returned to social media, where he focused on his upcoming daddy duties with his two kids.

"Can't wait to have my girls this weekend," Lind wrote on Instagram on Wednesday, along with a throwback photo of his youngest daughter, Paislee Mae, now 2.

A short time later, Lind, who is currently dating Stasia Huber and has been for over a year now, posted a second photo, which featured his two daughters hunting for Easter eggs, and a third, which featured himself and Aubree.

Following the drama of season seven of Teen Mom 2, Lind took to Instagram, where he announced to fans that he would not be returning to the show for its potential eighth season.

“I’m sick of being known as the guy from ‘Teen Mom,'” Lind wrote, according to a report by The Ashley's Reality Roundup last month. “But instead I’m going to be known for bodybuilding and fitness…I will not be filming…I fly out to NYC for Season 7 Reunion Show with their ‘stars’ and after that I’m done…I will be milking out for a free trip to NYC one last time so [my girlfriend] Stasia has the opportunity to see NYC for free. And then I’m out.”

“They already have been offering me more money…and also they are also wanting to do another show just for the fathers," he continued. "It don’t matter the amount of money anymore. I’m so much better than being bribed by money. I wasn’t raised to be greedy and sucked into this evil world.”

For more Adam Lind, tune into Teen Mom 2 season seven on Monday nights at 10 p.m. on MTV, and check out a sneak peek at next week's new episode below. 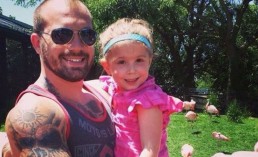 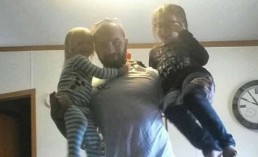 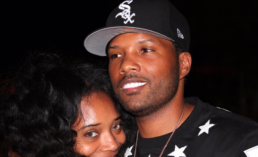 Yandy Smith And Family: Star Claps Back At Fan Who Said She'll Cheat On Mendeecees Harris While He's In Jail [VIDEO]A