The late Bobbi Kristina Brown’s family is coming for Nick Gordon as fans wait for his second appearance on Dr. Phil.

Leolah Brown, the aunt of Bobbi Kristina (the sister of singer Bobby Brown) took to Facebook to shut down Gordon’s claims on his first appearance on the daytime talk show roughly a year ago. There, Gordon told Dr. Phil that he tried to save Bobbi Kristina’s mother, Whitney Houston, by giving her CPR after she was found unconscious in a bathtub on Feb. 11, 2012. Interestingly enough, Bobbi Kristina was discovered unresponsive on Jan. 31 of last year also in a bathtub. She died on July 26.

Leolah wrote Monday, “Someone asked me the question today, ‘did Nick Gordon really give my sister Whitney Houston mouth to mouth resuscitation?’ My answer was, ‘well he did get on Dr. Phil’s show and tell the world that that is exactly what he did with the assistance of his mother over the telephone.’”

Leolah went on to point out that Gordon wasn’t the only one who claimed to try and save Houston’s life.

“so did Mrs. Pat Garland,” she said, referring to Houston’s sister-in-law, also known as Pat Houston.

“Pat got on national TV as well. As a matter of fact, Mrs. Pat went as far as jumping on Oprah’s show telling the world as well-that she WITNESSED her brother Ray who was Whitney’s security-he gave Whitney mouth to mouth…”

She then sent a warning to fans to not believe, “Everybody that gets on these shows talking abou t this and that…”
Check out her full lengthy posts below.

See the teaser of Gordon on Dr. Phil below and catch the full episode April 28. 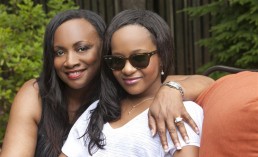 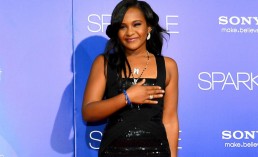 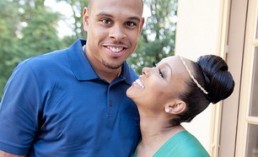