Kyle Richards and her family, including husband Mauricio Umansky and daughter Farrah Aldjufrie, attended Coachella over the weekend.

After completing production on the sixth season of The Real Housewives of Beverly Hills, Richards enjoyed a mini vacation in Indio, Calif., where she was seen dancing with Umansky as photographers snapped photos.

"The fun has just begun at Coachella and Kyle Richards came out to play with her husband Mauricio Umansky," the Daily Mail reported on Saturday. "The 47-year-old was having the time of her life on day one of the music festival as she danced beside her husband next to a throng of revelers on Friday afternoon."

On Saturday, Richards returned to the music festival, where she posted a couple of photos on Instagram. In her first photo, the mother of two shared a snapshot of her two daughters, Farrah and Sophia.

Then, in a second photo, she posed with Farrah and her niece, Paris Hilton.

Following last week's finale episode of The Real Housewives of Beverly Hills, Richards took to her blog, where she spoke of the ongoing drama surrounding Yolanda Foster's Lyme disease and the Munchausen syndrome comments that have been made.

"What happened that day at LVP's when Rinna said the word Munchausen was very clear to me, which is why I confronted LVP right after," Richards explained. "We had the discussion in her bathroom. That is when I said, 'I know what you're up to, and I will take you down in flames with me' half laughing, because I just didn't want to make a big deal out of it."

"I called Rinna right after to talk to her about their conversation. Long story short, I knew what was said but shrugged it off. I had a lot of stress going on with my sisters at the time, and I just couldn't take more tension with someone I care about," she added.

For more Kyle Richards, tune into The Real Housewives of Beverly Hills season six reunion part one tonight at 9 p.m. on Bravo, and check out a sneak peek of the new episode below. 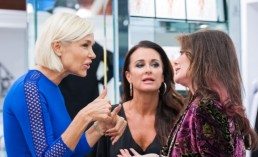 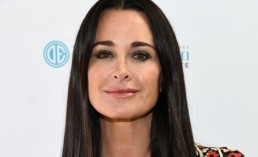 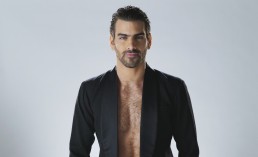