It looks like the situation between the ladies of the Real Housewives of New York is getting nastier than the political race to the White House (if that's even possible). There's a new report that suggests Countess LuAnn de Lesseps is banning fellow co-stars Bethenny Frankel from her wedding, because she's simply sick and tired of her mean-girl antics.

According to Naughty Gossip on Wednesday, one source exclusively told the site that Frankel didn't get an invite to Lessep's Palm Beach wedding to her fiancé Thomas D'Agostino Jr. because she doesn't want Frankel to make the event all about her and worse, ruin her special day for her.

The wedding will take place on New Year's Eve, with sources say that it will be a three-day affair that will end with a "big brunch" on the final day.

"200 guests are expected to attend, but not all of her RHONY co-stars are going to receive an invited," one source close to the situation told the site.

The insider added, "Sonja Morgan and Ramona Singer are both invite. Luann is an adult, she doesn't care they her fiancé, Thomas D'Agostino Jr. went on a date with Ramona in the past. And Dorinda was the matchmaker so she will be invited. However, Bethenny and Carole have been banned."

This isn't the first time Frankel is being accused of putting her foot where her mouth is. Co-star Dorinda Medley was also left upset when Frankel openly talked about details of her sex life on the show behind her back.

Keep up with Enstars for all the latest news on the 'Real Housewives of New York' along with all of your favorite reality shows right here. 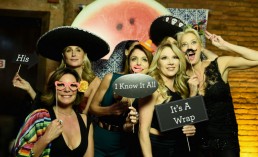 Bethenny Frankel Update: Reality Star To Get Kicked Off The ‘Real Housewives Of New York?’ [VIDEO] 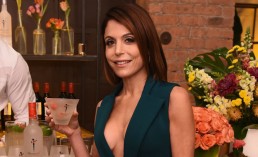