It's April 20th or 4/20, which if you've even ever known ANYONE who's enjoyed smoking pot, you'll know that today is the designated for the celebration of all things marijuana. And just because someone is a famous celebrity, doesn't mean that they don't partake like an eager stoner and because we live in the era of social media--we can see them do it.

Here are how some famous pot lovers celebrated 4/20:

The "Work" singer has been known more to proclaim her affinity for ganja more than once and took the opportunity to shout out today's significance on Instagram and twitter.

She also promoted her new (and VERY NSFW) video for her song "Needed Me", which dropped to day.

RiRi wasn't the only one to promote her stuff on 4/20. Stoner comedy movie star Seth Rogen made a point of highlighting his upcoming movie Sausage Party in his 4/20 tweet.

Happy 420 from me and all your friends and #SausagePartyMovie pic.twitter.com/WgZfvzdmWh

The Chong of comedy Cheech & Chong (who basically INVENTED stoner comedy) dressed up as Santa to help spread the chronic spirit.

The "Black and Yellow" rapper loves herb so much that he started his own strain Khalifa Kush...and he seems to have had plenty on hand for today.

The Cypress Hill rapper posted an impressive/work of art that we can only assume he's still smoking now.

Speaking of art, the Broad City co-creator/star apparently spent the day taking in some art at the new Whitney museum in New York (likely after smoking some herb) and shared one piece that seems to have spoken to her.

What better way to end this rundown than with the man himself? It seems Snoop did what a lot of people do on 4/20: smoked some weed and goofed around on a program on his phone/tablet that switched out his face. 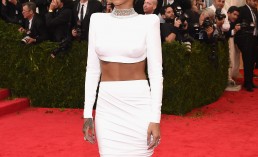 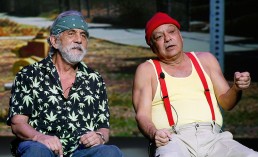 Pot Movies On Netflix: 5 Best Stoner Titles From 'Up In Smoke' To 'Super High Me' [VIDEO] 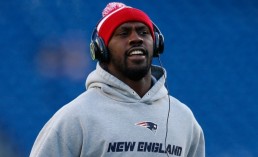