Nick Carter is a daddy!

The Backstreet Boys member welcomed his first son with his wife, Lauren Kitt, on Tuesday night around 11 p.m., according to Entertainment Tonight.

Their son is named Odin Reign Carter. He was born after 30 hours of labor during a home water birth. He weighed 8 pounds, 11 ounces.

Carter recently opened up on what he and his wife were naming their baby boy, but they were keeping it a mystery until he was born.

"It's a very strong name," he previously told the site. "We can't say the name yet. I've been instructed by my wife to keep it under wraps, but we have a name."

The singer also gushed over his wife and how excited he is to see her as a mom.

"I don't want to get all sappy, [but] she's the reason I felt comfortable, and I knew that she would be the perfect mother," Carter said. "She would be able to help me teach our child all the things that he needs to learn."

During his wife's pregnancy, Carter was just in awe over where they were in their lives; it's something that he couldn't be more grateful for.

"I hate getting emotional but seeing her like that triggered this influx of emotions that really made me realize what's happening in our life," Carter dished. "Without each other, the two of us would never have gotten to this point, so it feels amazing and it's crazy how much more in love you can become when you start this phase of your life." 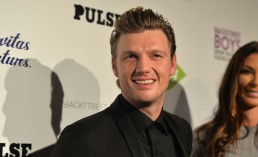 Nick Carter Update: How The Singer Got Kicked Out After Bar Fight [VIDEO] 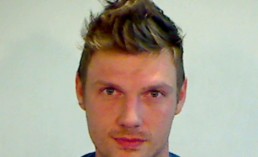 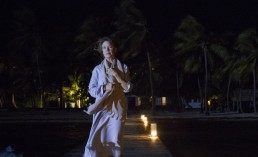