What did Emily Blunt have to say about her due date?

On Wednesday, the actress opened up with Today about her second pregnancy where she was asked if she knew when the big date of her next child being brought into the world was expected to happen. She obviously knows when it is, but will she let that part out?

Blunt did reveal though that she's feeling pretty good about being pregnant for the second time and more relaxed since the first.

"I think we are more laid-back this time," Blunt said about herself and her husband, John Krasinski. "We know what to expect. It is the great unknown with the first child."

One thing she had to let go of a while ago was her pregnancy pillow named Gary. At this point, she's just using a regular pillow, but Gary was still a dear friend.

"Gary was my pregnancy pillow that somebody gave me, which was like having another enormous man in the bed," Blunt said. "Eventually, John was like, 'Gary's gotta go!'"

Gary has since been donated.

Blunt and Krasinski are already parents to their daughter, Hazel, 2. When Entertainment Tonight caught up with the actress to ask how her daughter feels about becoming a big sister, Blunt admitted that little Hazel is not that thrilled about it.

"She's a bit dismissive of the idea at the moment," Blunt said. "She's quite liking being top dog."

The 33-year-old has a plan though on how Hazel can be more positive about a little sibling.

"My plan is just to tell her that this is less about having a sibling and more that she's being promoted," Blunt joked. "She gets to have a worker now that she can boss around." 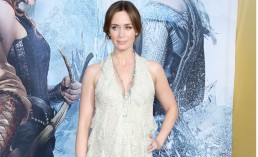 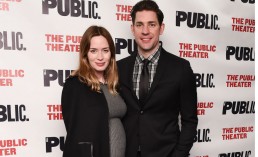 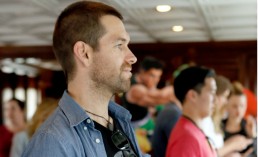