Ayesha Curry has finally addressed the slew of memes that have bee going around about her ever since she posted some controversial tweets about women dressing more conservatively and less provocatively back in December.

Everyone's into barely wearing clothes these days huh? Not my style. I like to keep the good stuff covered up for the one who matters

and all I'm doing is sitting here reading a style weekly . You guys definitely entertain me that's for sure. — Ayesha Curry (@ayeshacurry) December 6, 2015

There was an almost immediately backlash over the tweets, but after it was announced in March that Curry would be getting her own show on the Food Network, memes started going viral with images of Curry appearing to be talking down to promiscuous women.

"And VOILÀ! A finished product the whole family can enjoy! Because all my children have the same father!" pic.twitter.com/Oz6ozJmR1B

"And now you lightly spread the seasoning, instead of your legs, then let it sear for about three minutes per side." pic.twitter.com/NGrC2w1WXq — #000000 (@audacityofDOPE_) April 1, 2016

"It's not hurtful," she said in the latest issue of Essence magazine. "It doesn’t affect my personal life but it just doesn’t make sense to me. I wonder why people are so hateful sometimes. I just don’t get it. I want people to know these memes aren’t coming from me and I didn’t endorse them. I have a feeling whoever is making them is mostly men trying to pin women against each other and that’s something I don’t stand for especially with us Black women. I just wish we could support each other a little bit more. I want everybody to succeed."

While Curry has had lots of backlash, she still has fans who stick by her side too as she continues to make a name for herself and become more than Golden State Warrior Steph Curry's wife.

Ayesha said she and some of the NBA wives have brought positivity amid reports that they don't get along.

"It's a huge stigma that most of us are trying to change. I think the stereotype is that a lot of us don't work, we don't have anything going on, nobody has goals and that's just not true. Everybody that I know has some sort of passion that they're fulfilling and we're all supportive of each other, and we're all on the group text talking to each other. You know? It's the complete opposite of what's portrayed on television."

She even spoke on complimenting Jada Paul, who is married to L.A. Clippers star Chris Paul. 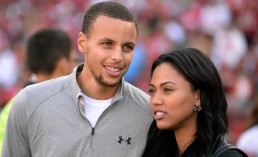 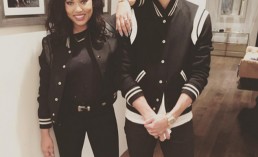