Just days shy of her 50th birthday, reports have surfaced to suggest that Janet Jackson is pregnant with her first child!

According to Entertainment Tonight, the 49-year-old singer is officially expecting her first child with husband Wissam Al Mana, and the news comes just one month after she announced she was postponing her Unbreakable world tour to focus on having a family with her husband, which started speculation she could be already expecting a child with him.

"We're in the second leg of the tour and there actually has been a sudden change," she said in Twitter post back on April 6. "I thought it was important that you be the first to know. My husband and I are planning our family, so I'm going to have to delay the tour."

"Please, if you could try and understand that it's important that I do this now," she said. "I have to rest up, doctor's order. But I have not forgotten about you. I will continue the tour as soon as I possibly can." The news comes just before Jackson prepares to celebrate her 50th birthday on May 16th. The news also arrives just days after she teased on her Twitter account that she was dropping a new video for the song "Damn Baby" from her 2015 album. However, she did not give a specific date for the video's release. 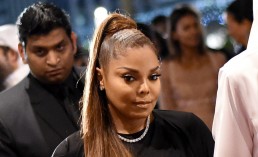 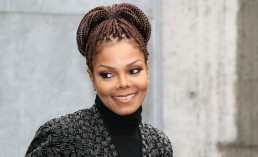