After years of rocking her signature 'do, the Real Housewives of Beverly Hills star appeared on Watch What Happens Live, where she debuted an all new look to fans.

After seeing her fellow Real Housewives star's new look, The Real Housewives of New York City's Dorinda Medley took to Twitter, hinting that she may also be headed for a hair change after feeling inspired by Rinna's slicked-back style.

Around the time she appeared on Watch What Happens Live, Rinna shared a photo of her new style on Instagram, and in the comments section of the photo, fans applauded the look.

Also on Tuesday, Rinna took to her Bravo TV blog, where she spoke of part three of The Real Housewives of Beverly Hills reunion.

"I hope I've grown from this experience," she continued. "I am not perfect. I f*** up. I don't always say or do the politically correct thing. I’ve hurt people. I don't like to hurt people. I’ve learned my words hurt, and I must be careful with my honesty. I have a very sensitive bullsh-- meter. I don't like injustice. I don't like dishonesty. It can make my blood boil and, yes, enrage me. I am a work in progress."

For more Lisa Rinna, tune into next week's final episode of The Real Housewives of Beverly Hills season six at 8 p.m. on Tuesday on Bravo. 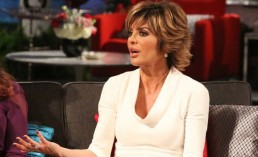 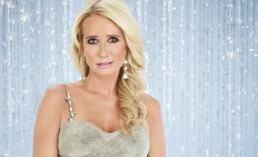 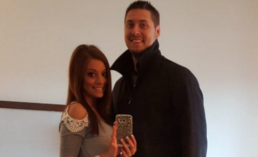