Brad Pitt and Angelina Jolie have been facing divorce rumors since early this year and as their two-year wedding anniversary approaches, fans are wondering if they will make it to their upcoming milestone.

According to the latest report, Pitt and Jolie have been fighting over their finances, and the tension between them is reportedly tearing them apart.

"Angelina Jolie and Brad Pitt continue to make the headlines. The power couple of Hollywood is now being involved in another divorce controversy saying that the pair is having financial troubles, tearing their relationship apart," Movie News Guide reported on Friday.

"Recent reports reveal that the couple are spending too much money on material things, draining their bank accounts," the report continued. "They recently purchased a 2.5 million-pound villa in Spain, which is just one of the luxury things they have been buying. Angelina Jolie and Brad Pitt together with their kids are currently renting a mansion in London for $21,000, while the actor is filming for the upcoming movie 'War Machine.'"

Another recent report suggested Pitt and Jolie's potential divorce would be followed by the divorce of Pitt's ex-wife, Jennifer Aniston, and her husband, Justin Theroux.

“Brad and Angelina are completely in divorce mode and at a point where they barely speak to each other unless it’s about the kids,” a source alleged to In Touch Weekly, according to a report by Gossip Cop on Thursday. Meanwhile, Aniston and Theroux's marriage is "doomed" as they “spend far more time apart than they do together,” according to the source.

The source claimed Pitt and Jolie were facing marital troubles due to “[Angelina's] controlling ways, his worries about her weight loss and health, [and] her jealousy over his two stunning co-stars,” referring to Marion Cotillard and Lizzy Caplan, with whom Pitt is currently filming Allied.

As for Aniston and Pitt, the former friends actress has reportedly been feeling that “[Justin] doesn’t take their marriage seriously and is neglecting their relationship for his career.” 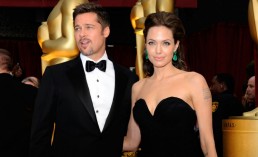 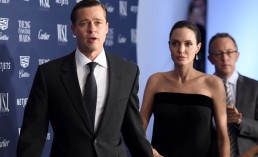 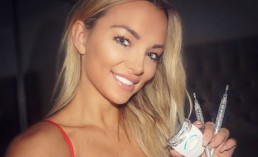