Dakota Johnson and Amelia Warner spent time with one another days ago.

As the Fifty Shades of Grey actress continues to be linked to former flame Jake Gyllenhaal, she took a break from filming the racy movie's sequels and joined her co-star's wife for a meal.

"Over the weekend, Dakota Johnson met up with her co-star Jamie Dornan’s wife, Amelia Warner, for some much-needed girl time," Celebuzz reported on Monday. "The two, who are currently living in Vancouver while Johnson and Dornan film Fifty Shades Darker and Fifty Shades Freed, met up for a girls-only sushi dinner, and it was clear that they have become fast friends."

Meanwhile, Johnson continues to face rumors of a possibly rekindled romance with Gyllenhaal, whom she reportedly dated briefly in 2011, and again in 2015.

"Dakota Johnson and Jake Gyllenhaal's dating rumours have surfaced again," the International Business Times reported last week "The latest news suggests that the actor wants to be with the 'Fifty Shades Darker' star and is 'desperate' to win her heart."

"She's the one," a source told Star Magazine. "They met up last summer and the sparks were flying all over the place, but she turned him down again and stayed with Matthew Hilt.

Following Johnson and Gyllenhaal's reportedly short-lived romance in 2011, the two actors met up for a dinner date in Aug. 2015, as Johnson and her former boyfriend, Matthew Hilt, were on a break. However, a short time later, Johnson and Hilt got back together before splitting just weeks ago.

“Dakota and Matthew have dated on-and-off for the past two years,” a source close to the former couple told Just Jared earlier this month. “They didn’t get a chance to see much of each other recently because their work schedules didn’t align. She’s been up in Vancouver shooting the Fifty Shades trilogy.”

For more of Dakota Johnson and her role in Fifty Shades Darker, check out her recent interview with Ellen Degeneres. 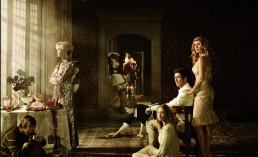 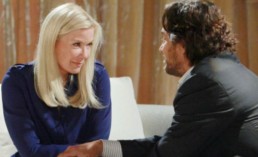 'Bold and the Beautiful' (B&B) Spoilers: Brooke Confides In Ridge About Her Troubles [VIDEO] 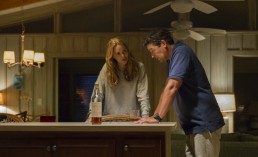