A Florida man has filed a lawsuit against Apple, claiming that he was the one who originally created the designs for the iPhone and the iPad. With his claim in mind, the man is demanding that Apple pays him $10 billion for copying and stealing his original designs.

The man, Thomas Ross, came up with his designs between May 23, 1992 and Sept. 10, 1992. His hand-drawn sketches of the devices' designs feature a lot of similarities with today's smartphones, including a backlit touch screen that is able to view media and cellular capabilities.

Of course, Ross' designs also carried a lot of features that were prominent during the 1990's, such as a 3.5-inch diskette drive and an external cellular phone antenna. Ross' case is primarily rooted on two of his designs for the device he calls the "Electronic Reading Device", or the ERD, for short. One variant of Ross' ERD looks pretty much like a modern-day tablet, while the other featured a folding mechanism, similar to the Nintendo DS.

As much as Ross is very passionate about his claims, however, he did end up missing his chance to patent his design back in 1992. He did file for a utility patent in November 1992, but he never paid the necessary application fees to the U.S. Patent and Trademark office. Thus, by April 1995, his application for the ERD's patent officially expired.

That does not stop Ross from suing Apple, however. In fact, this is not the first time that the disgruntled inventor targeted Apple. Just 12 days after Steve Jobs unveiled the iPhone back in 2007, Ross sued the U.S. Patent office for abandoning his initial patent claim. He has also sent a cease and desist order to current Apple CEO Tim Cook on March 2015, stating that the company's devices are knock-offs of his original design.

In his lawsuit, Ross stated that Apple has caused him "great and irreparable injury that cannot fully be compensated or measured in money" for stealing his designs. Nevertheless, he is demanding at least $10 billion from the tech giant, as well as 1.5 percent of the tech giant's sales as part of his alleged royalties. 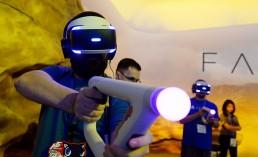