Earlier this year, Styles shared a photo of himself holding a pony tail filled with hair, suggesting he chopped off his signature long locks, and now, finally, his new look has been revealed.

"It's been a whole two months since Harry Styles revealed that he'd trimmed down his signature shaggy hairdo in an Instagram post simply captioned 'whoops,'" the Daily Mail reported on Tuesday. "And while it was since revealed that he put his precious tresses under the scissor blade for a role in the World War II drama Dunkirk, the star has kept his head covered under hats off the set."

On Monday, however, after months of mystery, the 22-year-old star's sister, Gemma, took to her Snapchat where she finally revealed an image of Styles with short hair.

In other Styles news, his former girlfriend, Kendall Jenner, has reportedly moved on from their short-lived romance with Los Angeles Lakers player Jordan Clarkson.

Early this year, Styles and Jenner went public with what appeared to be a committed relationship while vacationing on a yacht. Then, weeks later, they appeared to go their separate ways as rumors of possible cheating hit the web.

While Jenner and Styles' romance seemed to be over by March and Jenner began spending time with Clarkson in Los Angeles, things between the One Direction singer and the 20-year-old model weren't quite over and in April, they were caught together in Los Angeles. Still, Styles' inability to commit reportedly resulted in the end of their romance.

"She really likes Harry but he's like any other young rockstar and has trouble committing," a source explained to PEOPLE Magazine.

Even after Styles and Jenner were seen together, a PEOPLE Magazine source insisted it was Clarkson who Jenner was interested in.

"If she was talking to Harry, she would not have been in Palm Springs with Jordan," the source said of reconciliation rumors regarding Styles and Jenner. 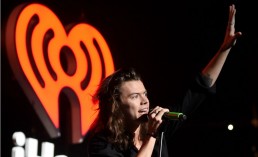 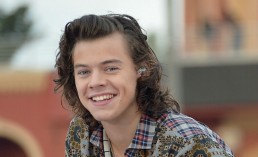 Harry Styles Haircut: One Direction Singer Shows Off His New 'Do In Released Images [PHOTOS, VIDEO] 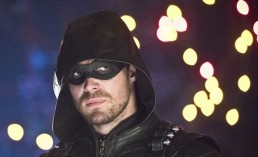