Just when it seemed like the drama was beginning to die down for The Real co-hosts after Tamar Braxton’s firing, Adrienne Bailon has personal issues of her own that are making headlines.

Apparently the organization has claimed that Bailon is MIA and has refused to pay what she owes. She started working with them back in 2011 when she signed a deal good for five years. Part of the agreement is that she would pay them 20 percent of her earnings. And while her income increased greatly when she signed on as co-host of The Real, the company said it has not heard from Adrienne in more than a year.
It went as far as sending her a letter with a breakdown of how much she owes. But she still has yet to pay.

Bailon has not responded to the lawsuit on social media just yet.

But she has hinted that she is unbothered.

Her latest tweet she posted just hours after the news hit the Internet reads, “Happiest Heart.”

Still, she posted a cryptic tweet back on July 11. “I can’t STAND fake/phony people! & Liar’s are the WORST! Cowards! & FYI Omission of the truth is still a LIE! Praying for you people. Sad.”

I can't STAND fake/phony people! & Liar's are the WORST! Cowards! & FYI Omission of the truth is still a LIE! Praying for you people. Sad. — Adrienne Bailon (@AdrienneBailon) July 11, 2016

It’s not clear why Bailon parted ways with her manager.

She currently is a co-host of The Real with Tamera Mowry-Housley, Loni Love, and Jeannie Mai. 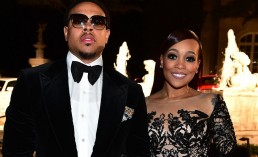