While T.I. and Tiny remain pretty quiet about speculation that he was caught with a popular hooker, word is there is a video of Tiny confronting the other woman.

Apparently Tiny approached the woman, Analicia Chaves (who also goes by Ana Montana) at a prestigious hotel in Atlanta recently. Word is things got so ugly that hotel security had to pull them apart. There are rumors that the moment was caught on tape, but it has not been released yet.
In the meantime, another woman has come forward and said she had been hooking up with the rapper until this past January.

She wrote into Fameolous blog and said that there is a big chance Tiny and Chaves were fighting at the W hotel downtown as that is where she and T.I. often hooked up. The woman, who asked to remain anonymous, also said that Tiny is very well aware that T.I. has other women, but that she does not now about all of them.

The woman, who was offered $7,000 for her story also revealed that she met T.I.’s son, Domani. She said he was “cool” and added that the two played pool together in a studio. She went on to point out that singer Usher was present and kept eyeing her as well.

She said that the rapper does contact her every once in a while but she ignores his messages because she is now in a relationship.

She added that T.I. did not mention anything to her about having a wife, but said it was safe to assume that he believed she knows about Tiny. 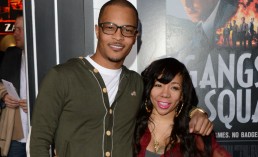 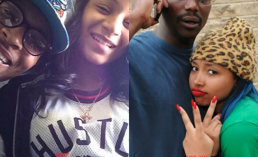 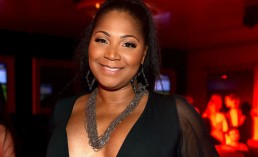 'Braxton Family Values' Season 5: Trina Gets 'Butterflies' Before Hanging Out With Gabe [VIDEO]