Heidi Montag and Spencer Pratt aren't living the lavish lifestyle they once did.

After spending years on MTV's The Hills, Montag and Pratt embarked on a number of bad financial decisions and are now living rent-free at the rental property of Pratt's parents.

"This is my parents' rental house that we are property managers of," Pratt explained to Entertainment Tonight's Ashley Crossan, giving a tour of the home in Santa Barbara, California. "So, I mean, we don't go buy designer clothes anymore, and buy fancy cars, and go to all the fancy restaurants. So, if you just eat tacos and walk dogs, you can pretty much survive on reality television."

"If you want a flashy lifestyle, do not try to be a reality star -- unless you're a Kardashian or a Jenner, then you can pull it off," he added.

During their time on The Hills, Montag and Pratt were pinned as the series villains, and understandably, the fame and backlash took a toll on the formerly famous pair.

"Your brain melts," Pratt admitted. "Because at the time, we were the Kardashians. Speidi had that. We felt that. So, to be, like, right now, unplugging Kim Kardashian, what would happen? So, that happened to us. It was a hard reset. Like, when you hold your iPhone down and you wait until the Apple thing comes back on? That was kind of what we needed to do."

For more of Heidi Montag and Spencer Pratt, tune into The Hills special tonight at 9 p.m. on MTV. 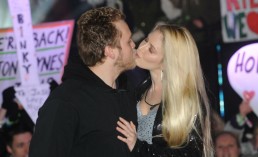 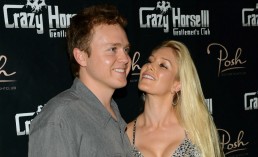