It's Day 11 of the 2016 Rio Olympics and while events are closer to the end than the beginning, there's still plenty of competition scheduled for today.

Competition is already underway on Day 11 of the Olympic Games, but there will be a lot of big events later in the day. And if you are growing tired of NBC's coverage of the Olympics there are ways to live stream every event going down today. Go to NBCOlympics.com and click on any of the green [LIVE] buttons to see events happening right now. You just need to enter your cable subscription info if you haven't already.

If you don't have a cable subscription, you can go to Sling TV, sign up for a seven-day free trial and watch live Olympics coverage that way.

Here are some of the main events you'll want to live stream on Day 11 of the Rio Olympics:

It's the final day of gymnastics competition, so you won't want to miss it. The final events include the men's parallel bars, the men's high bar and the women's floor. The women's floor event will feature USA's Simone Biles and Aly Raisman, both of them competing in their final Olympic event of 2016. Biles has already won three gold medals and one bronze so far, while Raisman has won a gold and a silver medal.

The beach volleyball semifinals are going down today, with Brazil's Larissa/Talita taking on Germany's Ludwig/Walkenhorst at 3 p.m. and USA's Walsh Jennings/Ross vs. Brazil's Agatha/Barbara at 11 p.m. 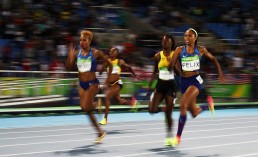 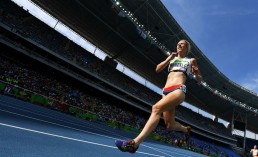 Pokemon GO Glitch: How To Hold Gym Indefinitely With Eggs, At Least Until Niantic Releases A Fix [VIDEO]