It looks like rapper Mac Miller has stepped up his kissing skills when it comes to locking lips with Ariana Grande.

The two were spotted having a make out session at Katsu-Ya in the Valley Sunday, TMZ reported Tuesday. It added that the recording artists had multiple kisses while enjoying their sushi. Grande even leaned over into his lap at one point, one witness confirmed to the site.

Insiders also said they are together despite Mac’s recent claims that Grande is just his “homie.”

This isn’t the first time Grande and Miller were seen expressing a bit of PDA. Fameolous tweeted Aug. 16, “Homies my a**! Mac miller and Ariana grande are a couple I spotted them kissing at the airport…”

While Grande seemed to be into the moment Sunday, she had a different story to tell after the two got close for her The Way video back in 2013.

“You know, I’m…I can’t… I’m gonna say a one,” she told Power 106 as she rated his kissing skills on a scale from one to ten. But she added, “Just because of the cigarettes. I’m sorry! He’s great…”

just a reminder that Ariana rated Mac Miller a 1 out of 10 kisser back in 2013 and now she is riding his dick pic.twitter.com/tBkTwOOWWM

Interestingly enough, she was at the radio station with her boyfriend at the time. He said he was unbothered by the kiss as it was just them “acting.” Check it out at the 8:33 mark.

Since then, she has dated rapper Big Sean for eight months. 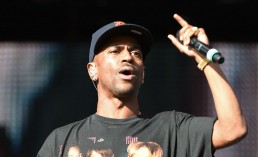 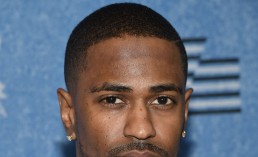 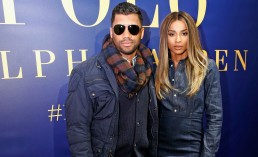