Jamie Dornan may have gotten regular visits from wife Amelia Warner during filming on Fifty Shades Darker and Fifty Shades Freed, but that hasn't stopped the rumor mill from reporting news of Dornan and Warner's possible split.

While the couple has not set a thing about a divorce, new reports suggest that Dornan will soon go public with his co-star, Dakota Johnson, who is believed to be single after splitting from Matthew Hitt earlier this year.

"Jamie Dornan and Dakota Johnson will formally announce their relationship to the public during their movie's premiere night. After that, the Irish actor is also expected to file for divorce from her wife, Amelia Warner," Travelers Today reported on Friday.

Dornan and his wife, Warner, have two children, the youngest of which, a baby girl, was born earlier this year. However, according to the report, Dornan has been living a separate life away from his family as he and Johnson filmed their steamy trilogy.

"Dornan is already living separately from his family, and he and co-star Johnson are just waiting for Warner's recovery from postpartum depression before announcing their relationship, and filing for divorce. They expect that this revelation will be made during the premiere night of 'Fifty Shades Darker,' which hits cinemas February 2017," the outlet alleged.

To see more of Dakota Johnson and Jamie Dornan, check out the clip below, which features the trailer for Fifty Shades Darker, the second movie in their sexy trilogy. 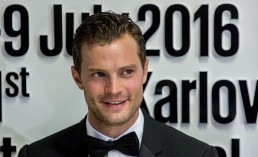 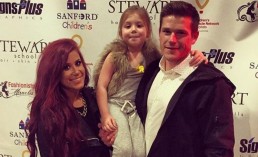 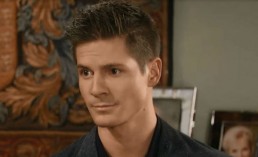