Google has unveiled its official entry into the smartphone market for 2016, the Pixel and the Pixel XL. With both devices featuring top-of-the-line specs and features, the new flagship on the block is bound to be compared to current industry leaders, such as the Apple iPhone 7.

One of the things that are immediately noticeable from the two devices is the fact that they greatly resemble each other. Avid iPhone 7 fans were quick to note that with the Pixel, it appeared as if Google is once more channeling Apple's three-year-old design, instead of creating one for its own.

Once the relatively similar exterior is out of the way, however, the Pixel begins to take form, ultimately dominating its iOS rival. Hardware and specs-wise, the Pixel is a very difficult handset to beat, and Apple's iPhone 7 might just find itself on the losing end of the battle between its Android rival.

The Pixel is powered by the Snapdragon 821 processor, which is a significant improvement over last year's flagship chip, the Snapdragon 820. On the other hand, the iPhone 7 is equipped with the company's latest home-grown processor, the A10 Fusion chip.

While real-world comparisons of these two processors are yet to be formally done, the Pixel's chip seems set to stand toe-to-toe with the iPhone 7's extremely capable A10 Fusion chip. In other areas, however, the Pixel holds a clear advantage over its iOS rival.

These areas, such as the display, RAM and camera, give the Pixel a definitive edge. Display-wise, the Pixel packs a 1080p AMOLED display on its small frame, whereas Apple's iPhone 7 still features a rather outdated 720p IPS panel. When compared to the Pixel, the iPhone 7's display just looks downright inferior.

The Pixel also comes with 4GB of RAM, which is double that of the iPhone 7, which features 2GB of RAM. The cameras of the two devices, which both hover in the 12MP range, would most likely result in the Pixel's continued dominance over the iPhone 7. Real-world samples of the Pixel's camera are yet to roll in, but early reviews of the device's primary shooter have been very encouraging.

As for the iPhone 7, the device's camera is basically a tuned-down version of the powerful shooter in the iPhone 7 Plus, which featured the best that the Cupertino-based tech giant can offer. Unfortunately for the iPhone 7, its second-best camera is just not cut out to stand toe-to-toe with the Pixel, which is equipped with the best hardware that Google can equip the phone with.

One thing that truly makes the Pixel a better phone than the iPhone 7 is the fact that it was engineered to be the best device that Google can release to its consumers. The iPhone 7, on the other hand, is a toned-down version of Apple's real flagship device, the iPhone 7 Plus.

iOS 10 Jailbreak News: Pangu, Other Hackers Still Silent, Did Apple Finally Curb Cracked Devices Once And For All? [VIDEO] 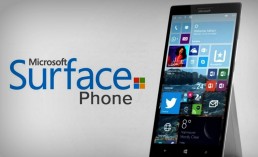 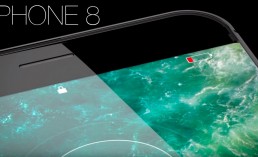 iPhone 8 Release Date And Rumors: What We Know So Far About Apple's Upcoming Flagship Phone [VIDEO]