Victoria and David Beckham have been facing rumors of a posible split for the last several months but this week, a new interview came out and in it, it is clear that the couple is nowhere near a divorce.

Speaking to Vogue Australia for the magazine's November issue, the former Spice Girl opened up about her busy life as a mother of four and successful designer and credited her husband David's support as one of the major things that has allowed her to balance her busy life.

"It is difficult to maintain it all in terms of being a wife, mother and businesswoman leading a brand. But I have a great team and I have a husband who is incredibly supportive," Victoria explained to the magazine, according to a report by the Daily Mail on Monday. "We support each other, and this is about being good partners. My children are all very happy and that's the most crucial thing."

"David and I are very, very present as parents and I think that's the most important thing. We both work but we have great relationships with our children," she added.

Just last month, Victoria and David were said to have had a blowout fight after he was caught enjoying the company of younger women during a party in London.

“Victoria clearly wasn’t enjoying the party so David suggested she go home,” an insider told Closer magazine, via OK! Magazine. “She absolutely hated that so many of the young models were trying to get David’s attention. She gets furious sometimes about the situation and feels that girls try to flirt with him even when she’s there. She can’t help but feel jealous.” 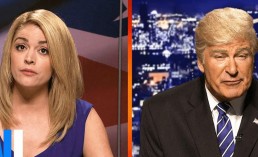